I keep responding to these cancer myths all across the internet, so I thought that it might be useful to list out my favorite ones. No, it would take 50,000 words to debunk all of these cancer myths. For example, the Burzynski Clinic quackery is best handled by a real cancer specialist, David Gorski, MD, who has written well over 100 articles critiquing the Burzynski pseudoscience. So I’m going to stick with my personal favorites.

So, let’s take a look at these cancer myths, and I’ll do my best to debunk them.

Simply, cancer is a group of diseases characterized by abnormal cell growth which can invade or metastasize to other tissues and organs. Although people use tumor and cancer interchangeably, not all tumors are cancers. There are benign tumors that do not metastasize and are not cancers.

Cancer usually requires numerous, possibly up to 10, independent genetic mutations in a population of cells before it can become a growing, metastatic cancer. Each mutation is selected, as in natural selection, because it provides some benefit to the cancer cell, such as causing blood vessels to supply the cells for nutrition and oxygen, or the ability to divide rapidly, whatever the feature is.

These mutations can have a lot of different causes. The environment (like smoking or UV radiation), viruses (hepatitis B and human papillomavirus are the most common), genes, and just random chance (we’ll discuss more about this cause below) can contribute to an increased risk of cancer.

There are a few things you can do to prevent cancer, such as quitting smoking, staying out of the sun, getting your hepatitis B and HPV vaccinations, not drinking alcohol, keeping a low body weight, and eating a balanced diet. But even if you are a paragon of healthy living, a random mutation in some cell in your body can lead to cancer.

Four paragraphs can hardly do justice to the mountains of published scientific research data related to cancer. PubMed list nearly 4 million (yes, million) articles on cancer. I admit to not reading all 4 million, though I have read a few hundred, especially on HPV and current cancer treatments.

I am a cancer survivor. I utilized science-based medicine to treat and ultimately conquer that cancer And lucky me, there’s been no recurrence after nearly 30 years. I did not turn to fake science like vitamin C or a colon detox – I relied upon the best practices of my oncologist, surgeon, and primary care physician (along with the battalion of nurses, techs, friends, and family). 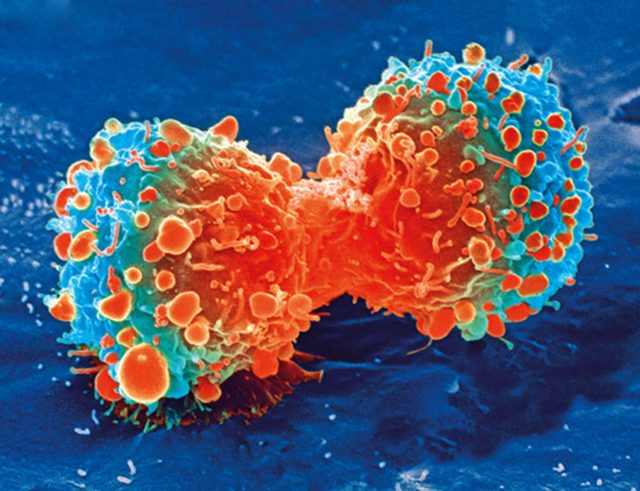 Cancer myths – all cancers are the same

Cancer is a generic word that covers what I stated above – it’s a cell or group of cells that undergo uncontrolled cellular growth and metastasize into other cells and organs. However, cancer is not one disease.

Because different cancers are not precisely defined, there is some variance over the actual number. In fact, it’s possible to argue that there are orders of magnitude more cancers because cancer in one person may have different characteristics and cellular mutations than cancer in another.

Nevertheless, each of these cancers has different etiologies (causes), pathophysiologies (development), prognosis, and treatment.

Whenever I read some internet quack claim that there is a cure for cancer, I laugh because I know that they actually don’t understand the nature of cancer. Maybe someday well into the future, we might have some scientific “ah ha” moment, and we find a common link between all cancers, but that seems implausible. It is not one disease.

If I see some internet quack proclaim that they have the sure thing cure for cancer, I laugh until I remember that they’re selling that junk to innocent people who think it might help.

Cancer myths – one cure to cure them all

Again, maybe one day we’ll find some common biological trait between all of the cancers that we can attack to stop cancers. I’m skeptical of ever finding that, but there might be some common attribute between a handful of cancers that might a target of cancer therapy. Cancer vaccines and immunotherapy depend on some commonality between some cancers.

Right now, we rely upon a strategy of surgery (for most cancers) and adjuvant therapies like chemo- and radio-therapy. The success of these therapeutic strategies is dependent upon the evidence published among those 4 million articles published on cancer.

Although there are a few drugs that can be used across a few different cancers, each cancer usually requires a different treatment strategy. In today’s world of cancer treatment, there is no one drug to treat them all.

Of course, many cancer experts are reluctant to use the word “cure.” They prefer words like “remission” or “five-year survival” which may sound like euphemisms but are actually more accurate. It is almost impossible to determine if every single cancer cell has been eliminated, so it’s entirely possible for cancer recurrence arising from just a few cells that survived.

Nevertheless, the one cancer cure to cure them all is probably a mirage that people want to believe exists but from a biological standpoint, it probably doesn’t exist.

Even though there will probably never be one cure to cure them all, it doesn’t mean that we have been unsuccessful against cancer. In fact, recent research has shown that cancer mortality rates have dropped in men, women, children, and most (but not all) racial and ethnic groups in the USA.

From 1999 through 2015, the last year included in the study, the rate has declined 1.8% annually for American men and 1.4% annually for American women. Furthermore, cancer mortality rates have dropped for 11 of 18 cancer types in men, and 14 of 20 cancer types in women between 2011 and 2015. We are seeing both long-term and short-term declines in cancer mortality rates.

Many of the 200 or more cancers have been effectively defeated by modern science-based medicine. Acute lymphoblastic leukemia, the most common form of leukemia in children, used to be a death sentence for children. However, as a result of powerful new therapies, the five-year survival for children increased from under 10% in the 1960s to 90% in 2015.

And there are many other remarkable improvements in survival from cancers that used to be hopeless.

Of course, as we pointed out above, it is ridiculous to believe that there is one cure for all 200 or more different cancers. It’s unscientific and stretches the bounds of biological plausibility. And, as we saw above, many cancers have been attacked successfully by treatments marketed by Big Pharma. Sure, they make a boatload of money from these treatments (and that becomes another argument for another day), but they also work (which refutes another one of those silly cancer myths pushed by the ignorant).

But let’s just pretend that this imaginary one cure to cure them all, purified from the rainbow farts of unicorns, actually exists. How would Big Pharma deal with this mythical cure?

People think that cancer is caused by some on/off switch. That’s not quite accurate. There are some smokers who don’t get lung cancer. And there are some individuals who never smoke who do get lung cancer. Now, let me be perfectly clear – I am not saying that smoking is fine. In fact, smokers are 15-30 times more likely to contract lung cancer than non-smokers.

Many researchers accept that most genetic mutations which lead to cancer are more or less random, just bad luck. In this 2017 study, the authors analyzed data for 32 cancer types and found that approximately two-thirds of the mutations found in these cancers resulted from random or spontaneous errors in the DNA. This data came from 69 countries on six continents, in which the researchers found a statistically significant correlation between the incidence of cancer and the total number of stem cell divisions. Moreover, this correlation held up globally, irrespective of the environment encountered.

The original 2015 study, authored by Cristian Tomasetti, a biostatistician interested in cancer evolution, genomics, and stem cell dynamics, and Bert Vogelstein, who is one of the preeminent leaders in cancer research, first proposed the hypothesis that cancer was mostly “bad luck.” That article generated dozens of published comments (no, not like what you find on Facebook, but actually published by the journal Science in subsequent issues).

The aforementioned David Gorski, a surgical oncologist, wrote about this study back in 2015 in Science-Based Medicine. Although Dr. Gorski does criticize some parts of the paper by Tomasetti and Vogelstein, overall he does indicate that random mutations are responsible for a large majority of cancers:

Given the level of uncertainty inherent in such estimates, even if you interpret Vogelstein and Tomasetti’s conclusion that two thirds of cancers are due to “bad luck,” their estimate of the percentage of cancers that are probably not preventable is definitely in the ballpark of commonly-accepted estimates, albeit at the lower end. Does that mean they’re on to something in concluding that stem cell replication over one’s lifetime primarily determines the “stochastic” component of cancer risk for each organ? That remains to be seen, but their preliminary finding makes sense, both from the perspective of producing a result that’s in the ballpark of what we already know based on epidemiology and being biologically plausible based on basic cancer biology.

No, there’s nothing you can do about this. You cannot down a bunch of vitamin C, become vegan,  or drink some special concoction pushed by your local naturopathic quack to reduce the number of mutations. These base pair errors are just very rare events that result from chemical interactions of nucleotides in the cell. 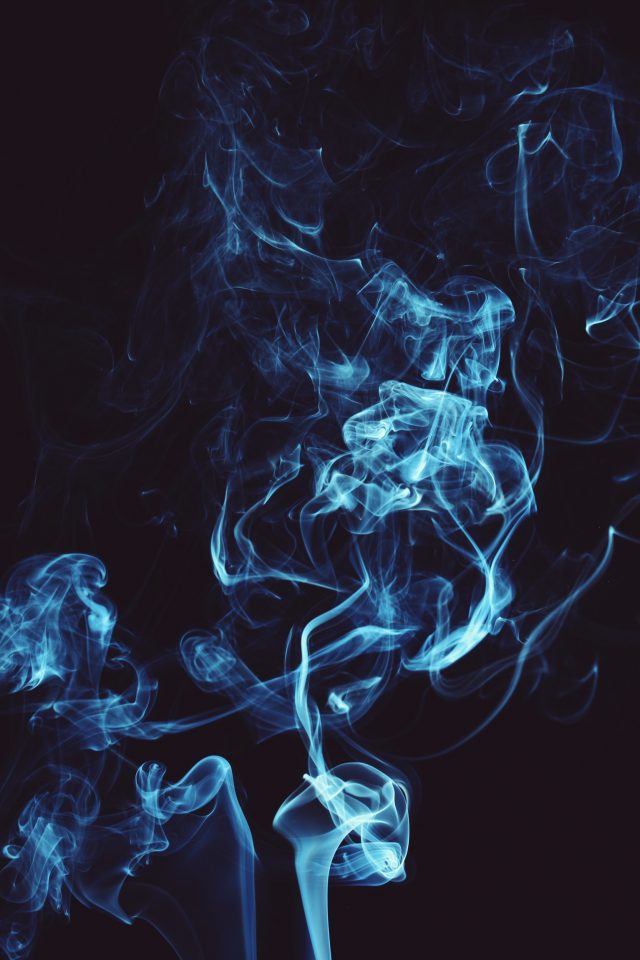 Despite the fact that 2/3 of cancer have no cause except random mutations, 1/3 of cancers do have some link to an environmental issue. But let’s look at what those are:

Most of those are preventable, or at least you have a significant influence on them.

The average American, Canadian, or European has around a 50% chance of contracting cancer over a lifetime. That means out of 100,000 people, 50,000 will have to deal with cancer at least once. Almost all of those 50,000 cases are as a result of random mutations or one of the 10 issues listed above.

Moreover, do you know how difficult it is to distinguish 50,000 from 50,001 cases of cancer? It’s next to impossible. We’d need a powerful epidemiological or clinical study that included over 50 billion participants (about 7X the number of people on the planet) to distinguish such a change in cancer risk. In other words, we wouldn’t be able to tell you that the cancer was linked to coffee or just one additional random mutation.  Or some particle of smoke from the cigar smoker in the car next to you while you’re jogging along the street.

There are a lot of cancer myths out there. Most of them are based on a lack of understanding of cancer science, embracing ridiculous conspiracy theories, and internal logical errors.

These myths would be amusing except for people who might decide to refuse science-based medicine and rely upon quacks and charlatans who push these myths for their own profits.

Cancer is a scary set of diseases. I remember getting the diagnosis for my cancer, and I couldn’t sleep well for a few weeks. But I asked my oncologist a lot of questions (lucky for me, I have a substantial science and medical background, so I knew what to ask), so I felt better. And this was in the ancient world of cancer treatment.

Hopefully, this list will help some of you reject the crackpot cancer myths.