On July 9, 2018, a Federal district court approved a stipulation between the Informed Consent Action Network (ICAN) – an anti-vaccine organization – and the United States Government regarding a Freedom of Information Act (FOIA) complaint filed by the anti-vaccine ICAN.

As part of the National Childhood Vaccine Injury Act of 1986 (NCVIA), the act that created the National Vaccine Injury Compensation Program (NVICP or VICP), the Department of Health and Human Services (HHS) was required to report to two Congressional Committees on its vaccines related activities. As the Act explains, and as quoted in the stipulation,

(1) promote the development of childhood vaccines that result in fewer and less serious adverse reactions than those vaccines on the market on December 22, 1987, and promote the refinement of such vaccines, and

(2) make or assure improvements in, and otherwise use the authorities of the Secretary with respect to, the licensing, manufacturing, processing, testing, labeling, warning, use instructions, distribution, storage, administration, field surveillance, adverse reaction reporting, and recall of reactogenic lots or batches, of vaccines, and research on vaccines, in order to reduce the risks of adverse reactions to vaccines.

Within 2 years after December 22, 1987, and periodically thereafter, the Secretary shall prepare and transmit to the Committee on Energy and Commerce of the House of Representatives and the Committee on Labor and Human Resources of the Senate a report describing the actions taken pursuant to subsection (a) of this section during the preceding 2-year period.

On August 25, 2017, the stipulation tells us that the anti-vaccine ICAN submitted an FOIA request for any reports submitted. After not getting a quick enough answer, they filed a complaint with a federal district court under the Freedom of Information Act provisions (on April 12, 2018).

On June 27, 2018, the HHS sent them a message saying that “the [Department]’s searches for records did not locate any records responsive to your request,” and detailing how they searched. The parties filed the stipulation attached, which acknowledges that the response fills the FOIA request.

What it likely means is that HHS did not file the reports it was supposed to file with Congress. If the anti-vaccine ICAN wants to lobby for filing such reports, more power to them. These reports should be filed. 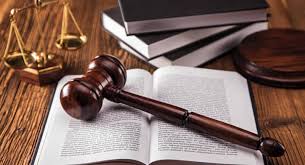 What this does not mean

The stipulation does not mean that HHS did not work on vaccine safety, or that there is not abundant research on the topic.

Multiple Institute of Medicine reports – now the National Academy of Science – looked at vaccines. These detailed reports summarize a large body of studies and draw conclusions based on this ongoing data. HHS commissions these reports. In July 2014, a large report on vaccine safety commissioned by HHS was also completed.

All of these committees have independent experts and slots for consumer representatives among their members. To give one example of their work, the NVAC creates standards for best practices related to vaccines. These include a requirement to check indications and report adverse events. The American Academy of Pediatrics endorses these standards, shares them, and offers guidance on implementation.

All these HHS units are actively engaged in working on vaccine safety.

In a letter responding to a previous set of claims from the anti-vaccine ICAN, Dr. Melinda Wharton from HHS corrected many of the organization’s misunderstandings on vaccine safety studies.

In short, while the HHS should have submitted the required reports, it has done and continued to do abundant work related to vaccine safety. Anyone claiming based on the stipulation that HHS is not working to assure and improve vaccines safety or that there are no studies either misunderstands or lacks knowledge about what HHS is doing, or is being dishonest.

In an investigative article, journalist Jackie Kucinich found out what happened to the reports HHS did not provide.

At a March 2019 hearing of the Senate Committee on Health, Education, Labor and Pensions, Chairman Lamar Alexander (R-TN) said the reports were actually required within two years of the law’s implementation, not every two years. And, Alexander said, “the HELP Committee has two reports from the Department submitted to Congress dated May 4, 1988, and July 21, 1989.’

Both of these reports were made public at Senator Alexander’s request and are linked here and here.