One of the most annoying anti-vaccine activists is Peter Doshi. He is bothersome not because he a noteworthy scientist or physician, it’s because he somehow scored a position as an editor at the respected medical journal, BMJ (formerly known as the British Medical Journal).

BMJ is not a hotbed of anti-vaccine pseudoscience, except for the presence of Peter Doshi. For example, they published a series of articles, written by Brian Deer, about Andrew Wakefield’s despicable deceit, you can read about it here, here, and here. Deer has also written a powerful book about Wakefield’s fraud. I wonder what Mr. Deer thinks of Peter Doshi as an editor at the acclaimed medical journal.

Doshi occasionally uses BMJ as his personal bully pulpit to push anti-vaccine rhetoric that can lead the casual observer to think that he is some respected authority figure with vaccines. He isn’t.

Peter Doshi has just posted an anti-vaccine blog post on BMJ attacking the clinical trials for the Pfizer and Moderna COVID-19 vaccines.  His opinion piece needs to be critiqued because his attacks can add to the vast number of anti-COVID-19 vaccine myths that are being spread across the internet. 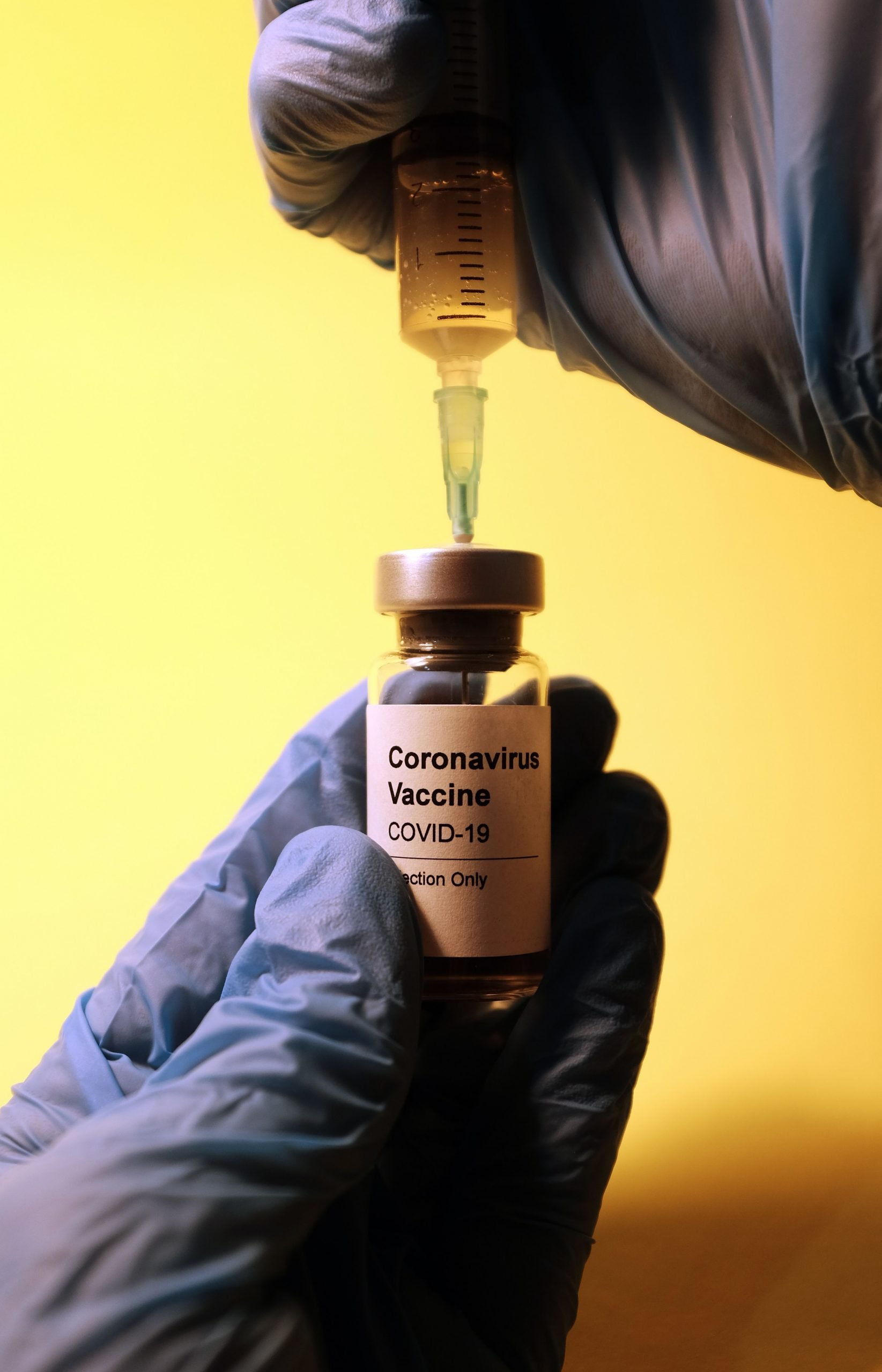 Who is anti-vaccine Peter Doshi?

Peter Doshi a nearly perfect example of false authority, someone who appears to be knowledgeable about vaccines but, in fact, lacks any expertise, education, or experience with those same vaccines.

Doshi received his BA in anthropology from Brown University, MA in East Asian studies from Harvard University, and Ph.D. in history, anthropology, and science, technology, and society from the Massachusetts Institute of Technology. Those would be fine credentials for someone who is going to teach history or anthropology.

But does it make him a vaccine expert? Absolutely not.

For most of us, an authority in vaccines requires actual studies in some, if not all, of the following fields:

At best, and I see no indication of it, Doshi may have some knowledge of statistics, and that’s it. He is not a vaccinologist.

I like making an important point about authorities and false authorities – credentials actually don’t matter, but what does matter is evidence. And we want high quantity and quality of said evidence, something absolutely missing from the claims that Doshi makes.

However, there are substantial reasons why credentials can matter. They imply many things – a broad education in the science of the subject matter, hard work in the minutiae of that field of science, and approval by one’s peers. Getting a Ph.D. in epidemiology is not simply taking classes, but it’s actually doing research in the laboratory and field with a published thesis that is reviewed by numerous peer-scientists.

Clearly, Doshi lacks a broad research and publication record in any of those fields that matter to the study of vaccines. He made a statement that claims that “influenza” (a disease caused by influenza viruses) is different than “flu” (a syndrome with many causes, of which influenza viruses appear to be a minor contributor).” That makes me conclude that Doshi actually fails to understand the basic principles of diseases, and, I would dare say, he’s a germ theory denier.

But back to anti-vaccine Peter Doshi. He is currently an associate professor (non-tenured) of pharmaceutical health services research in the School of Pharmacy at the University of Maryland. This field of study is not basic pharmacological and clinical research of pharmaceuticals – it is economic-based research for drug utilization and other areas. These fields might be interesting if I was writing about pharmaceutical economics, but is nearly irrelevant to understanding vaccines.

For some odd reason, Doshi went on BMJ to make the following claim:

For over three weeks, the website of the US government Vaccination Adverse Reporting System (VAERS) has been inaccessible to most users. The website address, http://www.vaers.hhs.gov, is printed on the vaccine information statements (VISs), short documents listing the benefits and risks of vaccines that are required by law to be distributed with every vaccine dose administered in the US.

But the website link leads anybody using the web browsers Chrome, Firefox, and some versions of Internet Explorer to a warning page. “Your connection is not private,” it says in large font on my screen. “Attackers might be trying to steal your information from http://www.vaers.hhs.gov (for example, passwords, messages, or credit cards).” The only browser that seems to consistently connect properly is Safari, used by only around a quarter of people accessing government sites.

Except he was completely wrong. Here’s what really happened:

The problem is the SSL certificate was generated for vaers.hhs.gov but he is going to http://www.vaers.hhs.gov.

Because of this mismatch, the browser is rejecting it. HHS needs a certificate that covers both vaers.hhs.gov and http://www.vaers.hhs.gov. It is indeed a misconfiguration but it’s relatively minor.

The government is making a sincere effort to make sure their web sites are more secure, but sometimes they mess up.

Oops, it wasn’t a vast conspiracy to keep “legitimate” vaccine injuries from being reported. It was nothing more nefarious than some IT person in the Department of Health and Human Services failed to use the right security certificate. And it was fixed within hours.

Doshi can’t get anything right.

So Peter Doshi decided to use his anti-vaccine bully pulpit on a BMJ blog platform to push out his opinion on vaccines. His posts are not peer-reviewed. They are not endorsed by the BMJ. It is nothing more than an editorial you might see in a newspaper.

Newspapers generally have two separate groups – the news division that covers international, national, and local news and sports. It uses sources and generally, they are required to be factual. The editorial group just states an opinion. Theoretically, the New York Times could publish dozens of articles about the safety of the new COVID-19 vaccine, but the editorial board could issue a statement that the vaccines are worthless.

Doshi is that editorial board that can and does ignore scientific evidence. And he gets to post his opinion without consideration of the facts.

Now, you may say “hey old feathered dinosaur, you, Orac, Dr. Vincent Ianelli, and the folks at Science-Based Medicine just publish blogs that aren’t peer-reviewed.” First, thank you imaginary voice for putting me in that group, I seriously don’t think I’m worthy.

Second, yes, we are all blogs. But we all, using different tones and writing styles, attempt to use the best evidence either to support or refute a claim. That’s the basic principle of scientific skepticism.

I don’t have a “belief” that vaccines are not linked to autism, I accept the vast body of scientific evidence that says “vaccines do not cause autism.”

Peter Doshi, in his blog post in the BMJ, attempts to criticize the clinical trials for the Moderna and Pfizer vaccines in several parts. I will list them, and criticize his opinions in order.

From a scientific and public health standpoint, Doshi doesn’t have much. 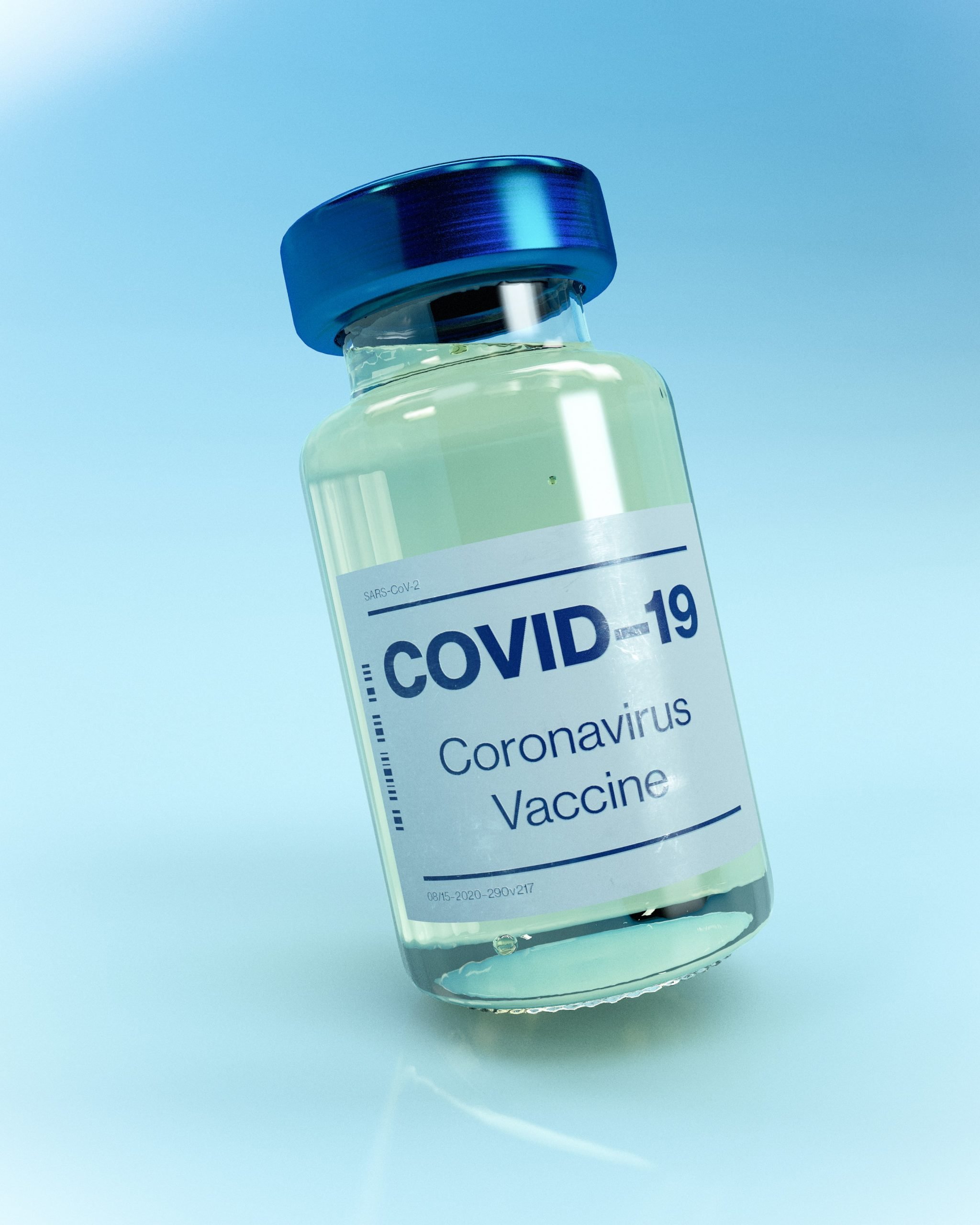 Here’s my largest problem with Peter Doshi and his anti-vaccine opinions – he arrogantly believes that he has some “gotcha” moment that wasn’t discovered during an all-day review of actual vaccine scientists at the Vaccines and Related Biological Products Advisory Committee (VRBPAC) in advance of an emergency use authorization (EUA).

VRBPAC is the expert committee that reviews all vaccines before making a recommendation to the FDA for approval or non-approval.  It is made up of experts in vaccines, public health, and statistics. There are around 30 individuals on the committee including one vaccine industry expert (a clinical physician-scientist, not some highly-paid executive) and one consumer representative, in this case, a respected attorney who concentrates on healthcare issues.

Also, Dr. Paul Offit, MD, who has been designated a demon Big Pharma shill by anti-vaxxers, is a member of the committee. Dr. Offit is one of the world’s experts on vaccines, who developed one of the rotavirus vaccines that have saved hundreds of thousands of lives across the world every year.

According to the FDA, the committee is charged with:

The Committee reviews and evaluates data concerning the safety, effectiveness, and appropriate use of vaccines and related biological products which are intended for use in the prevention, treatment, or diagnosis of human diseases, and, as required, any other products for which the Food and Drug Administration has regulatory responsibility. The Committee also considers the quality and relevance of FDA’s research program which provides scientific support for the regulation of these products and makes appropriate recommendations to the Commissioner of Food and Drugs.

The Committee shall consist of a core of 15 voting members including the Chair. Members and the Chair are selected by the Commissioner or designee from among authorities knowledgeable in the fields of immunology, molecular biology, rDNA, virology; bacteriology, epidemiology or biostatistics, vaccine policy, vaccine safety science, federal immunization activities, vaccine development including translational and clinical evaluation programs, allergy, preventive medicine, infectious diseases, pediatrics, microbiology, and biochemistry.

These are scientific experts with educational and research backgrounds far beyond Doshi’s anthropology degrees and conspiracy theories. Why does Doshi think he’s smarter than these experts? If the COVID-19 pandemic weren’t so dangerous, I would laugh at Doshi for being another one of those anti-COVID-19 vaccine grifters.

Dr. Anthony Fauci, probably the world’s leading expert on infectious diseases, has spent nearly 50 years studying medicine, immunology, infectious diseases, and public health. He has published over 300 articles on diseases. Dr. Fauci endorses the 95% effectiveness level, although he has shared the same concerns about the length of time of the studies as many of us have. Dr. Fauci has spent hours and days pouring over the data from both clinical trials (and I know he has done the same with several other clinical trials).

Dr. Fauci and members of VRBPAC are real authorities in science, not false ones like Peter Doshi, anti-vaccine shill. They are authorities not only as a result of their academic degrees and years of research into vaccines but also as a result of relying upon unbiased and independent research over the years.

None of these real vaccine experts noted the unsupported complaints that Doshi listed in his non-peer-reviewed blog article.

If Peter Doshi’s critiques were valid, then these experts would have been all over it, even now. But his critiques are invalid, which means it could lead to lower COVID-19 vaccine uptake if people accept what he’s claimed. And that will lead to more deaths.

The science does not support Peter Doshi.