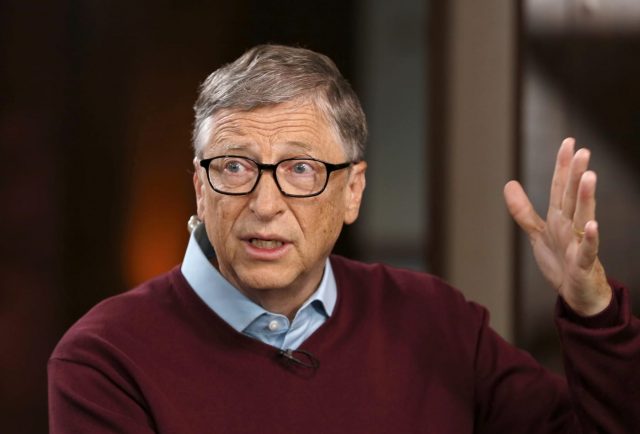 Attack on Bill Gates by a vaccine denier

A vaccine denier, Sayer Ji, whom I have criticized in the past for his anti-science rants about the immune system, has placed the Gates Foundation firmly in his ignorant pseudoscientific crosshairs of criticism. Ji wrote an article, Gates Foundation Funds Surveillance of Anti-Vaccine Groups, which is a bit fear-mongering, a bit of pseudoscience, and a bit of conspiracy theory lunacy.

Ji has previously made a completely insane claim that vaccines “subvert evolution”, which was effectively ripped into tiny little pieces and incinerated by Orac a while ago. Essentially, Ji brings out the Naturalistic Fallacy (he does this over and over with the immune system), a fallacy that presumes that how the world “is” should then be used to state how it “ought” to be. Ji stated that we interfered with “evolution” through the use of vaccinations. Orac disabused Ji of his crackpot beliefs:

Ji’s article is the naturalistic fallacy on megadoses of steroids. To him, science isn’t just subverting Nature (with a capital “N,” again!) but it’s producing vaccines that are allegedly going to permanently alter us to make us no longer “human.” Vaccine scientists and doctors are somehow “callous lack of regard for three billion years of evolution,” as though evolution could never be improved upon. What is medicine, after all, if not interfering with evolution. Antibiotics interfere with evolutionary selection in that they save lives that might otherwise have been lost, allowing reproduction that might never have happened. So does surgery, a whole host of medicines, and a number of other treatments. That’s the idea.

Unless you believe in creationism, or it’s crazy cousin Intelligent Design, evolution is not a guided process that has some planned endpoint. Natural selection is not some special process to guide evolution; it is the gradual, non-random process by which biological traits become either more or less common in a population as a function of differential reproduction of their bearers, usually as a result of environmental pressures. Medicine can be a positive environmental pressure. Ji is an amateur biologist, who apparently either does not understand evolution or is intentionally ignorant of it.

Attacking some of Gates research contributions

Ji, in his continuing attack on what he believes is “transhumanism” of medicine (that is, using technology to improve the human condition), claims that the Bill and Melinda Gates Foundation has awarded numerous grants that offend his anti-science, antivaccination, naturalistic sensibilities. Here’s some of the real science that is sponsored or funded by the BMGF, that Ji thinks is leading humanity to a transhumanistic existence, even if it makes us healthier with more productive lives: 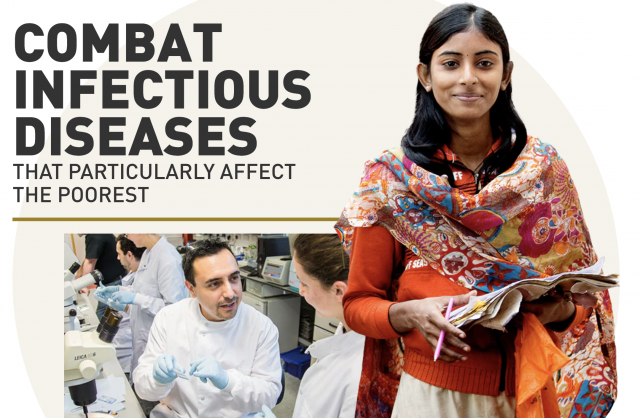 There is nothing there that should scare anyone. What is wrong with making vaccines easier to deliver? Cheaper? Making them safer? The salt shaker vaccine would be easier to transport and store in the tropics. These projects are being used to help attack diseases that are endemic to the poorest countries, where if we could eliminate them, the quality of life would increase incredibly. However, Ji can’t help but pontificate on the Appeal to Nature fallacy:

You will notice from the examples listed above that all of these funded projects involve the development of proprietary (read: potentially profitable) and as-of-yet unproven technologies, and which will require the transformation and/or alteration of a natural process or substance. Also, many of the grant disbursements have gone towards contraception. This appears to diverge from the GCGH’s mission statement of “improving health in the developing world,” insofar as it is focused on reducing population in the developed world, rather than supporting the health of those already living, in need of help.

Oh, that’s laughable. Which of those projects is supposed to “reduce the population of the developed world?” In fact, each of those projects, if they work, will make those people live better, safer, longer lives. Maybe the proper question should be why is Ji so opposed to trying to help these people? Is it that Ji is so filled with hate of Gates, or these poor people, that he’d rather eliminate these projects and let them suffer? That’s what it appears to me.

Moreover, Ji also continues with his naturalistic fallacy, his dislike of anything that isn’t natural. I’m sure that a plant RNA vaccine somehow ranks higher on the Ji’s bad scale than a vaccine produced in a mammal. Or something like that. But according to Ji’s transhumanistic and evil vaccines, the only good immunity is one where you survive measles or polio or whooping cough, and obtain the immunity the natural way. Because that’s evolution. Of course, that’s NOT evolution, because it’s just a complex immune response, and since the immune response is not transferred to the next generation, it means it’s not explained by the scientific fact of evolution. Unfortunately, explaining evolution to Ji is simply not within the goal of this blog. He’s apparently not bright enough to understand evolution.

And what is wrong with profitable, as Ji insinuates? Companies need profits to fund the next level of research and development. In fact, some of these technologies will reduce the cost of developing new vaccines. Creating a new mouse model that could evaluate a vaccine will vastly reduce the cost of testing new vaccines in the future. Ji is incapable of being consistent in his complaints.

But in Ji’s ad hominem fallacies against Gates and his foundation, he has gone overboard to misinterpret a couple of quotes that, although clumsily stated, did not say what everyone thinks it says. It’s apparent that Ji is intentionally and blatantly misconstruing this statement from Gates:

So it’s an absolute lie that has killed thousands of kids. Because the mothers who heard that lie, many of them didn’t have their kids take either pertussis or measles vaccine, and their children are dead today. And so the people who go and engage in those anti-vaccine efforts — you know, they, they kill children. It’s a very sad thing, because these vaccines are important. 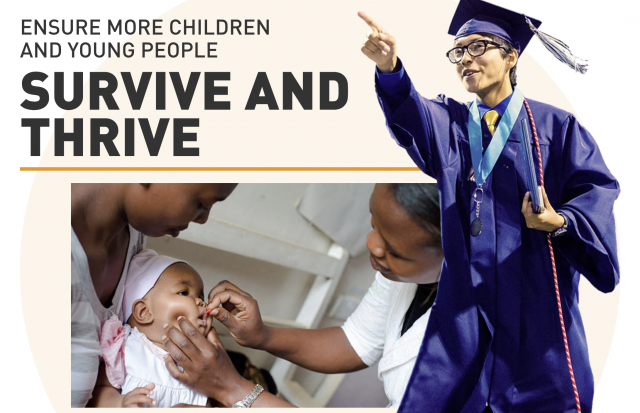 Let’s look at what Gates actually said back in 2010:

The world today has 6.8 billion people. That’s heading up to about nine billion. Now if we do a really great job on new vaccines, health care, reproductive health services, we could lower that by perhaps 10 or 15 percent.

In both cases, Gates was stating the obvious. With better healthcare, including broader availability of vaccinations and medicines including contraceptives, the birthrate can go down, meaning we can reduce the death rate, increase lifespan and allow people to live longer, healthier with a better quality of life.

Unless you want to invent an ad hominem argument, Gates was not even implying eugenics, mass murder, or anything so heinous in either statement. Maybe Ji and the anti-vaccine cult are just insulted that Gates is doing something noble and helping people who have lived in dreadful conditions for their whole lives.

Maybe it is that the anti-science crowd can’t understand how a wealthy man has decided to do good for the planet. Maybe Ji and the anti-vaxxers just are so committed to their anti-scientific beliefs that they cannot believe that maybe science can help humanity. I don’t presume to know a man’s intentions in making personal attacks, but it’s kind of sad.

Some of Ji’s attacks on Bill Gates are humorously ironic. Apparently Bill Gates has awarded a grant to Seth Kalichman, a professor in the Department of Psychology at the University of Connecticut, entitled “Establishing an Anti-Vaccine Surveillance and Alert System,” whose goal is to “establish an internet-based global monitoring and rapid alert system for finding, analyzing, and counteracting misinformation communication campaigns regarding vaccines to support global immunization efforts.”

Excellent news. Hopefully, it’ll be on the internet, saving myself a lot of time over coffee seeing what idiotic things are being written by the anti-vaccine league. Including Ji’s rants, I suppose.

Of course, if you didn’t know, but in the Venn Diagram of denialism, conspiracists, and other cults, there is some spot where they all overlap at some point.

That means that the leap of faith between truthers (who think that the CIA, Israel, the Army, or some combination thereof blew up the World Trade Center on 9/11), chemtrail conspiracy theorists (people who believe that the contrails you see following jets are actually spraying in an attempt to poison us), or name your conspiracy AND that Anti-Vaccine Surveillance is probably pretty small. And it is vanishingly small:

So, the CIA, the UN, the New World Order, Black Helicopters, aliens, and whatever else are in league with Bill Gates to control the world. This should give us some amusing fodder for anti-vaxxer articles over the next few months at least.
In the Age of Autism posting above, some anti-vaxxer wrote in the comments section:

Shouldn’t we lobby Donald Trump to take the opposite view and also fund another University to monitor the Internet and give out anti vaccine information? Isn’t that playing with a level field? Isn’t that encouraging debate rather than discouragig it?

Editor’s note: This article was originally published in September 2012. It has been completely revised and updated to include more comprehensive information, to improve readability and to add current research.