California lawmakers took major steps in 2015 to push more school-aged children to have all of the required vaccinations necessary to reduce the risk of outbreaks of vaccine-preventable diseases. This vaccine mandate, established by California SB277 sponsored by state Senator, and pediatrician, Dr. Richard Pan, D-Sacramento. The law specifically barred parents from utilizing personal belief exemption as a basis to refuse to have their children vaccinated.

The vaccine mandate had a very quick pay off. In 2017, the state Department of Public Health reported that the vaccine uptake was around 95.6% of kindergartners, the highest seen in California since the 2001-2002 school year. The uptake rate had increased, as of 2017, 5.2 percentage points from 2015, prior to SB277.

Despite the good news, that California’s children are being protected from dangerous and deadly diseases, that has not changed the minds of the anti-vaccine crowd that populate many areas of California, especially the wealthy liberal outposts.

The Los Angeles Times recently analyzed the vaccination rate, and the use of medical exemptions, which are exemptions to vaccinations as a result of medical need, using the Department of Public Health data. They found:

…at 105 schools in the state, 10% or more of kindergartners had a medical exemption in the school year that ended last month, according to a Los Angeles Times analysis of state data. That was nearly double the number of such schools in the first year the law was in effect.

This is a sharp increase in exemption rate over last year.

According to the wonderful shotsforschools.org website, one can look at the vaccine uptake by various geographic parameters. Here’s what I found for the schools in the Santa Monica, Malibu, and Pacific Palisades areas around Los Angeles, which are very wealthy and very liberal. 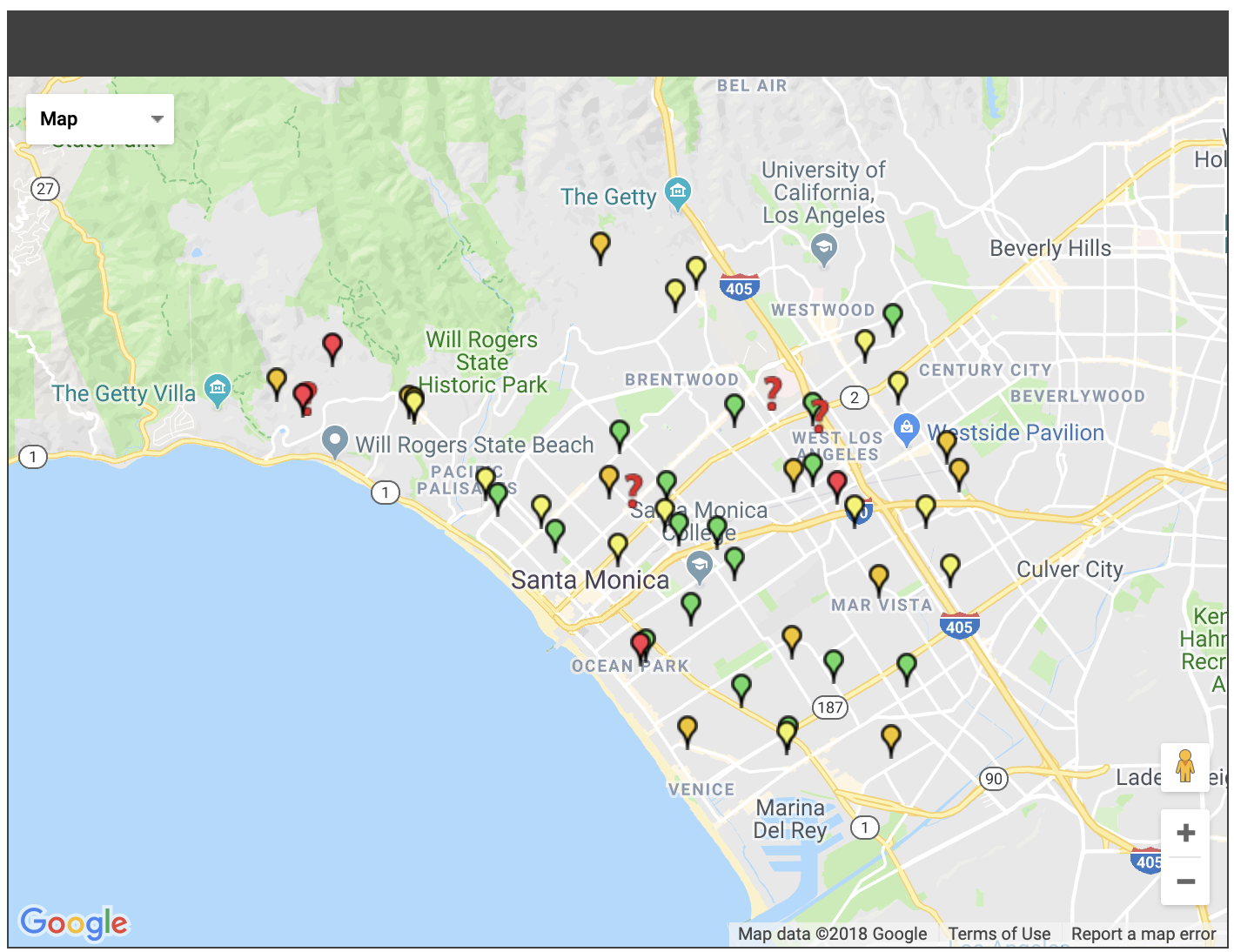 The uptake is good in about half of the schools, but it ranges from >95% (those in green) down to <80% (those in red). To prevent an outbreak, we would like to have a herd effect where >95% of children are fully vaccinated. Other wealthier, more liberal areas in the state, also have relatively low vaccination rates as a result of medical exemptions to the vaccine mandate.

Valid medical exemptions are an important part of a vaccine mandate – there are individuals who cannot be vaccinated, for example, as a result of immunosuppression, and they should be exempt from being vaccinated. Of course, we want everyone else vaccinated to protect these individuals from harm.

Senator Pan told the Los Angeles Times that there was enough evidence of “fraudulent exemptions” that he was considering new legislation to add new restrictions to his 2015 law, which, along with West Virginia and Mississippi, are the strictest vaccine mandates in the country. In West Virginia, medical exemptions are reviewed by the health department, and any ones that don’t meet specific criteria are rejected. California would also have to implement similarly strict and specific criteria for medical exemptions.

The need for such criteria is supported by the case of Dr. Bob Sears, an Orange Country pediatrician who was placed on probation for 35 months by the California medical board for exempting a 2-year-old boy from vaccinations without attempting to gather basic medical information about the child.

Of course, Sears and his anti-vaccine acolytes believe he shouldn’t be punished. Why? Because he was simply giving weight to the mother’s claims of adverse reactions to vaccines – this defeats the whole purpose of a vaccine mandate, because that is essentially a personal belief exemption.

Sears himself claims he is merely a victim of overzealous vaccine Gestapo that exaggerates the value of vaccines. And Sears continues to push the thoroughly discredited narrative that vaccines are linked to autism. His position is indefensible, and I hope that the California medical board keeps watching over his back.

To protect our children from vaccine-preventable disease outbreaks, California lawmakers need to listen to Senator Pan and change the law to reject bogus and fraudulent medical exemptions. The claims that vaccines are anything but safe and effective was rejected by the California legislature in 2015 because science mattered to them.

If physicians feel that there is a need for a medical exemption, then they must make a robust and medically supported case that the vaccine will be dangerous to children. The legislature’s responsibility must be to the children of California, and they must strengthen the vaccine mandate laws to prevent charlatans like Bob Sears from pushing fraudulent exemptions.