And here we go with one more attempt by the vaccine deniers to prove their worthless claims – more Corvelva vaccine research that is pure, unfettered pseudoscience. And to make sure that they can claim their research is peer-reviewed, they take the well-worn science denier’s method of publishing their garbage wherever they can.

Although Corvelva vaccine research consists of producing data that is laughably bad, I have to keep picking it apart, because we all know anti-vaxxers everywhere will use it as if it is worthy of a Nobel Prize. To be fair, it might be as valuable as a Nobel Prize, since the article can be used as toilet paper, and we know how important that is these days.

So, time to take down more Corvelva vaccine research. And it’s as bad as it always is.

The Italy-based CORVELVA, which stands for Coordinamento Regionale Veneto per la Libertà delle Vaccinazioni (Veneto Regional Coordination for the Freedom of Vaccinations), is an anti-vaccine group that began in 1993 and claims to support “free choice of vaccinations.” We all know that’s code-word for “we don’t want to protect our children from dangerous and deadly diseases because we don’t understand science.”

Corvelva is unknown outside of the anti-vaccine world and has no reputation in science whatsoever. Almost every research institution in the world has a Wikipedia page since that online encyclopedia has a rather broad definition of notability. If Corvelva was notable in science (even bad science), they’d have a Wikipedia page. They don’t.

so if Corvelva actually did anything significant, you would be able to find them there. But no, they don’t exist on Wikipedia, at least as of today.

Their website is 100% anti-vaccine. They push thoroughly debunked COVID-19 conspiracy theories like trying to claim that the SARS-CoV-2 virus is mysteriously similar to something.

In addition, Corvelva mentions Sheri Tenpenny several times. Tenpenny is a lunatic physician who pushes lies about vaccines, despite zero published evidence supporting any of her claims. Tenpenny, who has no training, publications, or research background in any field of science related to vaccines, is a favorite of that ultra-conspiracy theorist nutjob, Alex Jones.

If it isn’t clear to the reader, let me be so right now – Corvelva is a highly biased anti-vaccine group. They are not a scientific group attached to an academic or governmental institution that may, at least, put on the appearance of objectivity. They have no integrity. They do not perform scientific research.

They are the epitome of pseudoscience – they have a conclusion, vaccines are bad, and they try to find anything that “proves” that conclusion. This isn’t some minor point, it is what separates real science from everything else. When one tries to prove a pre-ordained conclusion, then all kinds of bias creeps in.

The scientific method is an unbiased method to answer questions about the natural world, and scientists follow the evidence to find those answers, irrespective of what answer they want. This is the exact opposite of what Corvelva does. 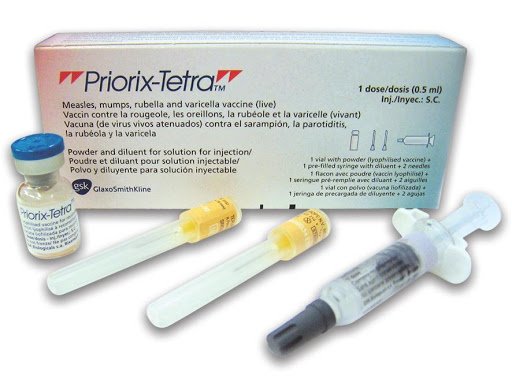 Corvelva was breathlessly promoting their “peer-reviewed” article published about the MMRV vaccine (for measles, mumps, rubella, and chickenpox). Basically, this paper tried to claim that there is “human DNA” in the vaccine, something that they tried to claim with the HPV vaccine.

We’ll get to their bogus research in a bit. Let’s start off looking at where the Corvelva vaccine research was published – in an online publication called F1000 Research.

This publisher actually does not claim to be a journal but a “publishing platform.” They actually publish papers without peer-review or while peer-review is still in process. The founder of F1000 Research thinks that the current system of publishing is somehow broken, though it is amusing that the best science still avoids open-access platforms like F1000 Research.

F1000 Research lacks any impact factor probably because articles there are very rarely cited. I always read whiny excuses why someone doesn’t publish an anti-vaccine article in a respected journal (say Vaccine for this type of article) – there’s a conspiracy, Big Pharma doesn’t want it, peer-review is broken, and the journal doesn’t like the author.

In fact, if someone actually had important data that showed that the MMRV vaccine was defective, then it would be published in an instant by a respected journal. I’m not saying that all research “published” in F1000 Research is bad, but it seems like an out for people who either don’t like the peer-review process or would rather not be held to it.

But there’s an interesting feature of their peer-review – it’s totally transparent and public. Now, there is a bad thing about this type of peer-review in that the reviewers may be less critical since their names are public. On the other hand, we can see how the peer-reviewers for this Corvelva vaccine research “voted.”

Oops, two reviewers voted down, and two voted up. In the real world of peer-review that would probably mean that the paper would go the way of toilet paper. Sorry, I’m obsessed with how toilet paper has become such a meme today.

But let’s take a look at the “research” from Corvelva.

I am not a DNA scientist, nor do I play one on the internet, so there’s probably a lot more to criticize in this. I’m looking at this as a scientist who would be concerned if there were boatloads of strange DNA and RNA in a vial of vaccines.

It’s amusing that based on this very very weak “research,” they make this outlandish request:

Therefore, this vaccine must be considered defective and potentially dangerous for human health, in particular in the pediatric population which is much more vulnerable to genetic and autoimmune damage due to immaturity in the repair systems.

They showed no such thing.