One of the more pernicious tropes in the world of pseudoscience is that DNA in vaccines GMOs are going to magically incorporate into your cells changing you from a human into a sasquatch with ears of corn growing out of your head. Now that would be fun to see, but unless there’s a mad scientist out there trying to grow ears of corn out of a hirsute humane that looks like Sasquatch, it will probably never happen.

And most certainly consuming DNA in vaccines or eating GMOs with a new gene are not going to cause anything at all to any human I know.

But of course, science rarely gets in the way of good pseudoscience for anti-vaxxers and anti-GMO zealots. That’s why this old feathered skeptic in the dinosaur clade is here, to make sure the science is clear and to mock the pseudoscience.

What is this DNA thing?

Amateurs continue to imbue DNA with some magical properties that never made sense to me. Although the biochemistry of DNA is quite complex, I will endeavor to teach DNA 101 without causing any reader to rip his eyeballs out. I’ll do this in a bullet-point order just to make it easy.

I know those of us who actually were biochemists or cell biologists (or both) are offended that I converted DNA biochemistry into 500 words or so. This goes back to my article that states that becoming an expert in these areas takes thousands of hours of classwork and experience.

Now, if you really want to dig into DNA, read Professor Alan McHughen‘s new book, DNA Demystified, because he tells the full story of DNA in a few thousand words. And it is fascinating.

That pesky DNA in GMOs will harm you

When you bite into that ear of corn or genetically modified salmon, you are eating complex food made up of proteins, fats, carbohydrates, and, yes, DNA. But I’ve noticed something when I read the pseudoscience websites – there’s this belief that when you eat food, magically the whole protein or carbohydrates moves from your gut to your blood without many transformations. Nothing could be further from science.

Based on our knowledge of the digestive process, fats, DNA, carbohydrates, and proteins are broken down into their simplest components, and specialized transport systems move these simple components across the barrier between the digestive tract and blood. They have evolved to not transport full-size molecules, partially because the blood is incapable of carrying large foreign molecules (and could induce an immune response).

Moreover, small constituent molecules, like amino acids instead of the whole protein, or glucose instead of a long-chain carbohydrate, are more easily transported to locations in the body to be then used as fuel or building blocks for new proteins and DNA. We just have not seen a mechanism in the digestive tract that can move large molecules, like gene-length DNA fragments, into the bloodstream.

In case you’re wondering, micronutrients, like certain vitamins, are very small and there are specific mechanisms to move those from the food you have consumed into the bloodstream. 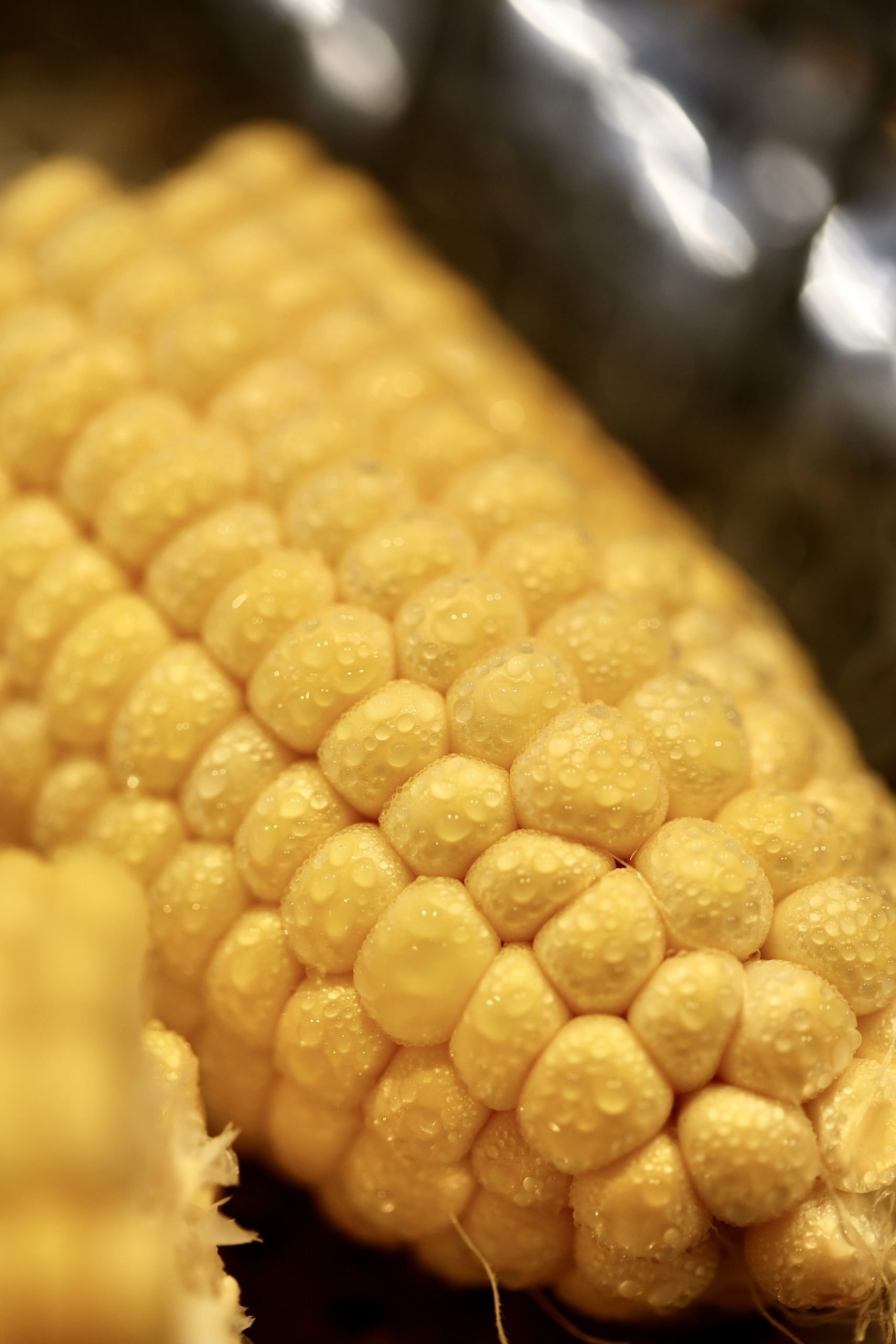 Are the anti-GMO people correct in assuming that GMO genes transfer to humans? Well, let’s look at the data: 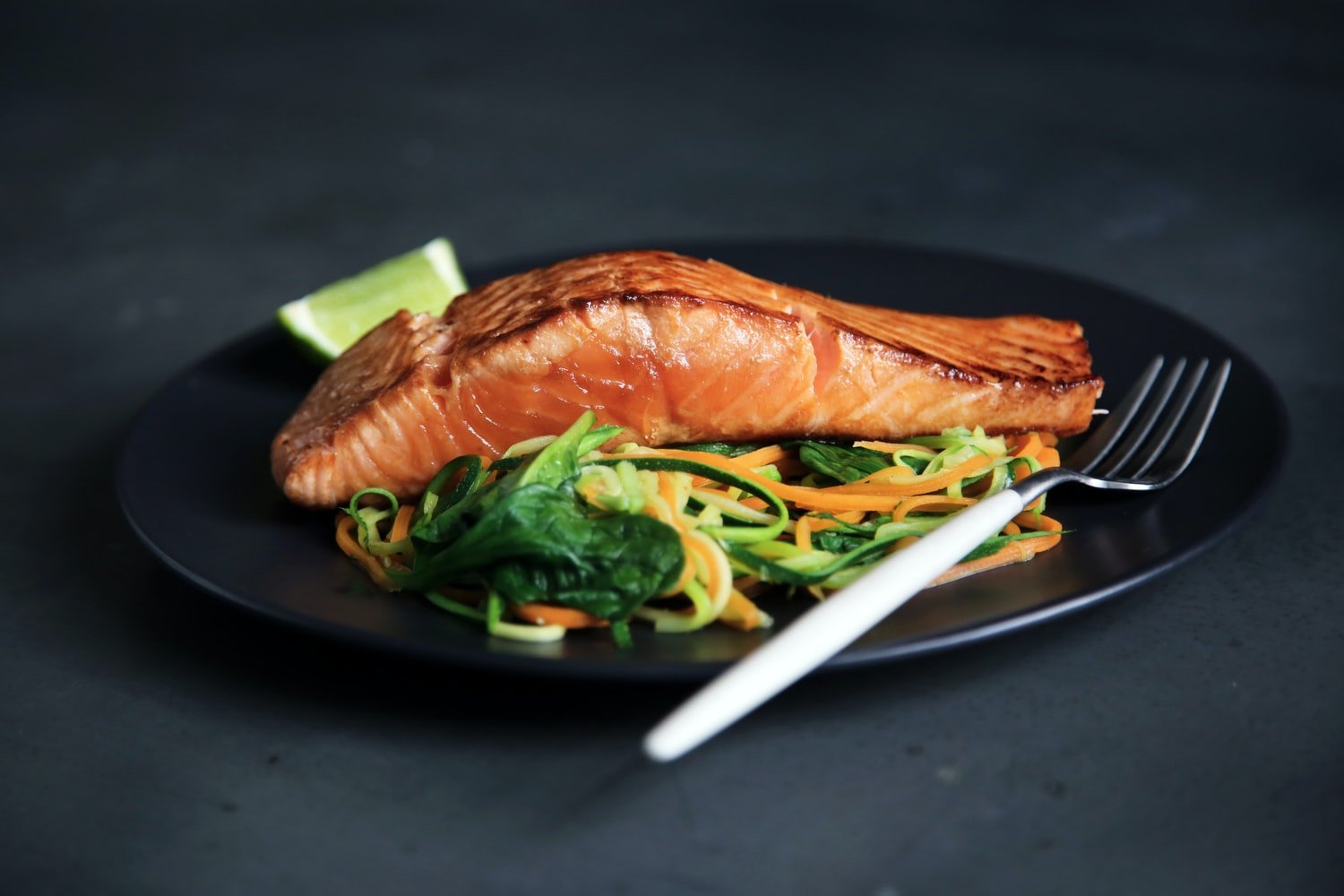 A more direct and long-term test involves considering what happens to animals fed GMOs intensively and over long periods, including multiple generations. Dr. Alison Van Eenennaam from the University of California, Davis, conducted such a study, involving over 100 billion animals, and showed no health or productivity concerns. This is a particularly powerful and compelling study, because unlike humans—who cannot be subject to long-term dietary safety testing—animals can be fed GMO feeds intensively, extensively, and continuously over long time spans. If there were unexpected problems with GMO foods or feeds, those problems would certainly appear in the test animals. The fact that none did provides a high degree of assurance and confidence.

In other words, we have done massive studies in animals, and the evidence that there is no effect from GMO foods, so even if we’re consuming some strange DNA in our salmon or corn, it’s not going to magically incorporate itself into the DNA in every one of the 50 trillion cells in an average human. 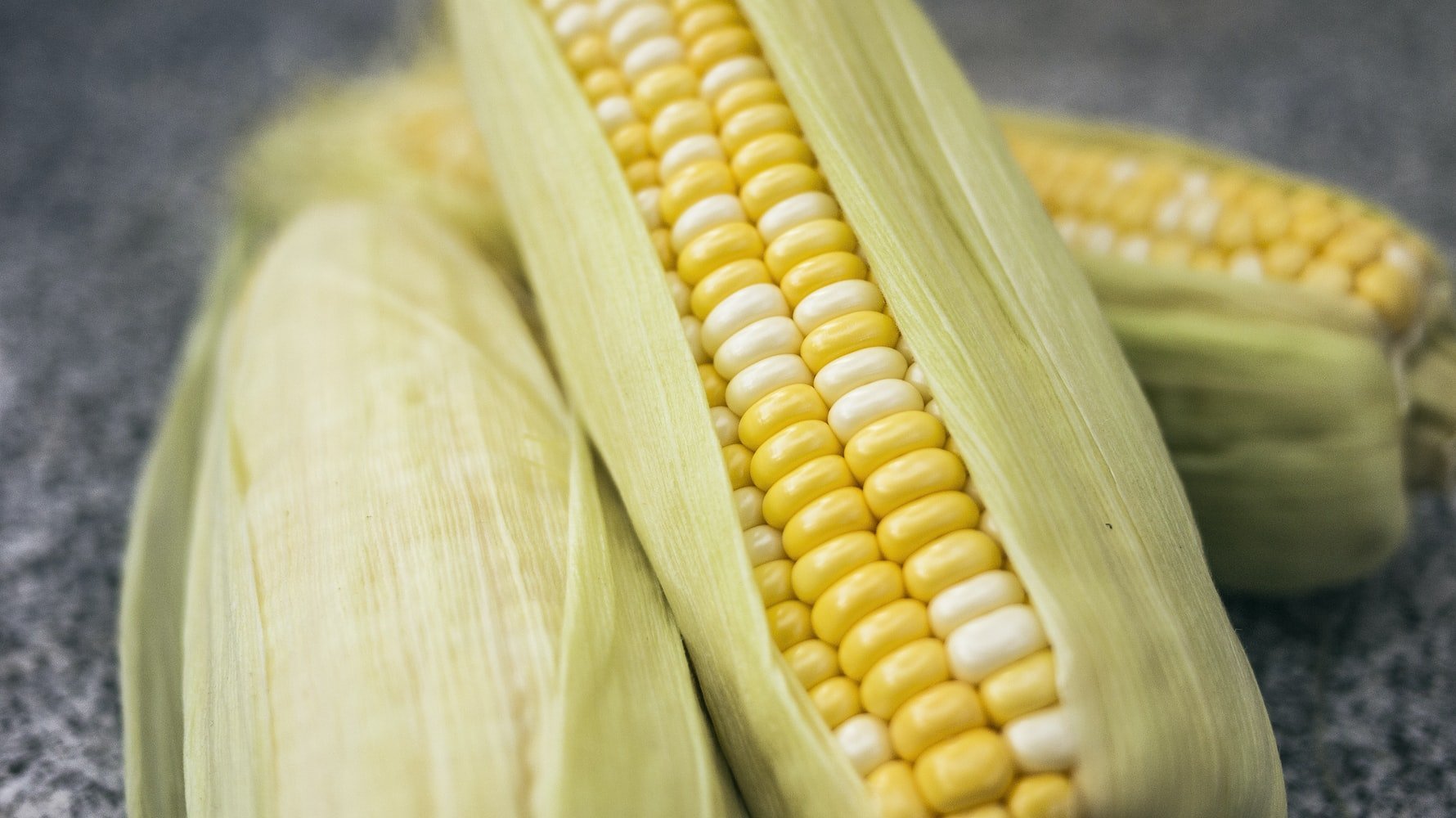 That pesky DNA in vaccines trope

At this point, the pseudoscience-loving anti-vaxxer will say to me, “OK, maybe you convinced me that eating yucky DNA in corn isn’t going to harm me, but vaccines are injected! Gotcha!”

The anti-vaxxers love to claim that billions or TRILLIONS!! of DNA fragments can be found in the MMR or chickenpox vaccines, respectively. One quack science Wow, that sounds like a lot. I’m scared, are you scared?

Take a breath, we’re all about science here. This is just more anti-vaccine pseudoscience.

Let’s be clear about this – the DNA in vaccines trope is just used to cause fear, uncertainty, and doubt in people who may be considering a vaccine. It is unscientific and human biochemistry is just laughing hysterically. If it could do so. 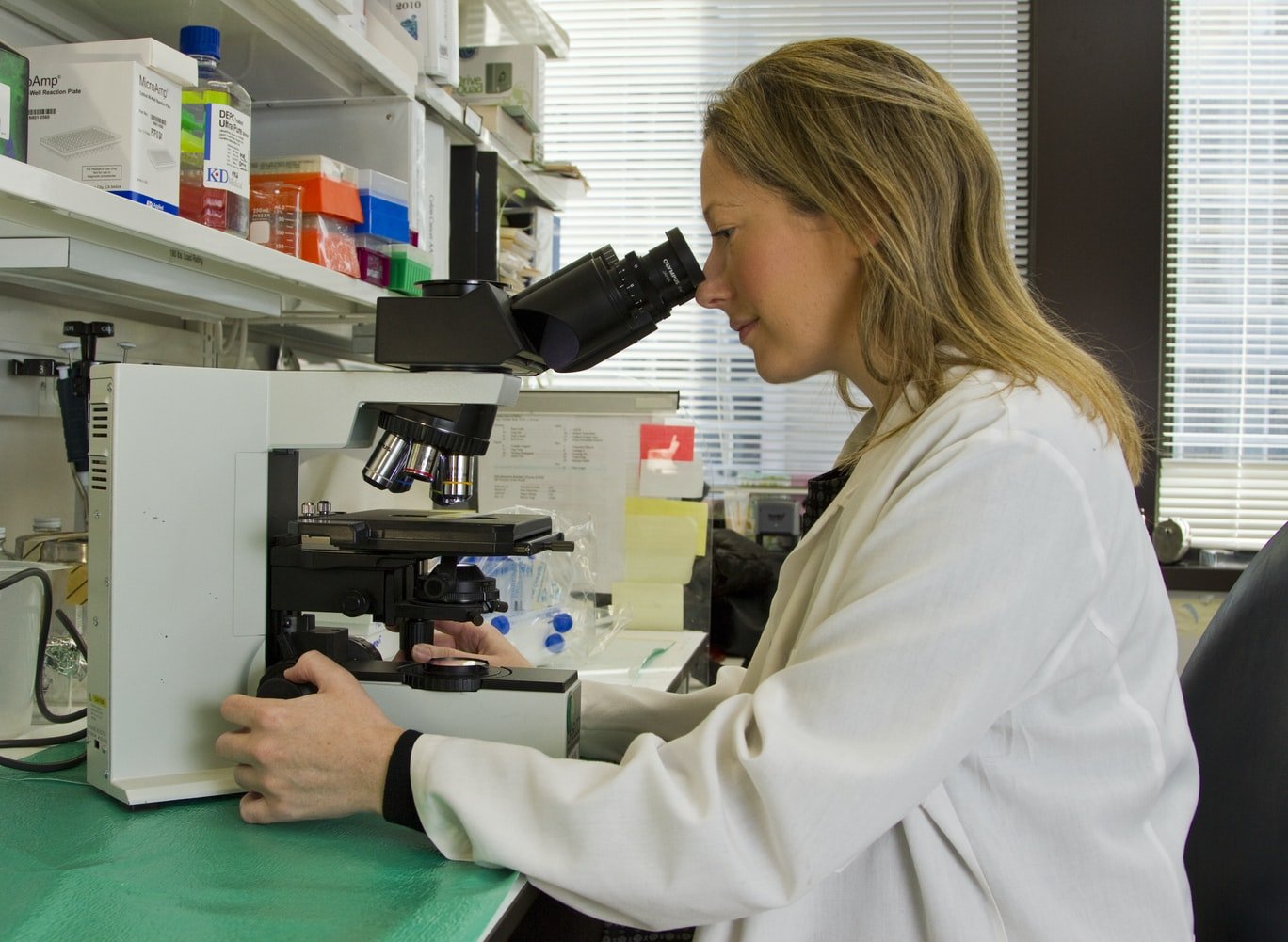 In an article by H Yang et al, published in the journal Vaccine, the researchers examined the oncogenic and infective potential of residual host cell DNA from a cell-based live, attenuated influenza vaccine that is manufactured in Madin Darby Canine Kidney (MDCK) cells. They concluded that 230 billion doses of vaccine would need to be administered before an oncogene dosage equivalent would be reached, and 83 trillion doses would need to be administered to induce an infective event. In other words, it’s not going to happen.

In another article by H Yang et al, published in the Journal of Biopharmaceutical Statistics, the authors concluded that the calculated probability of having one oncogenic or infective event based on the WHO/FDA limits for DNA in vaccines is less than 10-15. In other words, one chance in 1,000,000,000,000,000 vaccines.

In an article by Wierenga et al., published in the journal Biologicals, the authors followed animals for 8 years after receiving over 1 million times the DNA allowed in vaccines by WHO. None of these animals showed any evidence of tumor formation.

If someone is Googling “DNA in vaccines,” most of the hits will be actual “DNA vaccines.” It is a theoretical type of vaccine (none have been approved yet) that uses a unique method to induce an immune response. 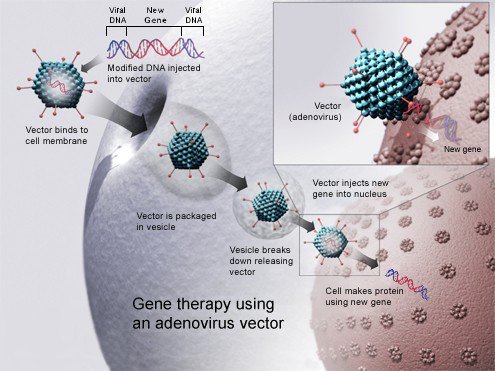 Basically, a gene that expresses a specific antigen from an infectious disease will be inserted into a harmless virus, like adenovirus. To be clear, this virus is carrying one gene from the pathogen into the cell. Then the cell is temporarily hijacked to produce that antigen.

Once that antigen gets into the bloodstream it induces an adaptive immune response which should then protect the person from that disease. Theoretically, this can produce a more robust immune response than typical vaccine methods, although we are a long way from knowing this.

But the key point here is that the DNA vaccine isn’t injecting bits of DNA to randomly be incorporated into cells – that wouldn’t work, because, as we wrote, bits of DNA cannot just enter cells at will. This DNA is a full gene that’s inside of the virus – it “carries” the gene and injects it into cells.

Anyway, this is a tiny bit of background on DNA vaccines that have nothing to do with the DNA in vaccines trope. And as of today, there are no approved DNA vaccines, so when one appears close to being approved by the FDA, I’m sure we’ll talk about it in more detail. 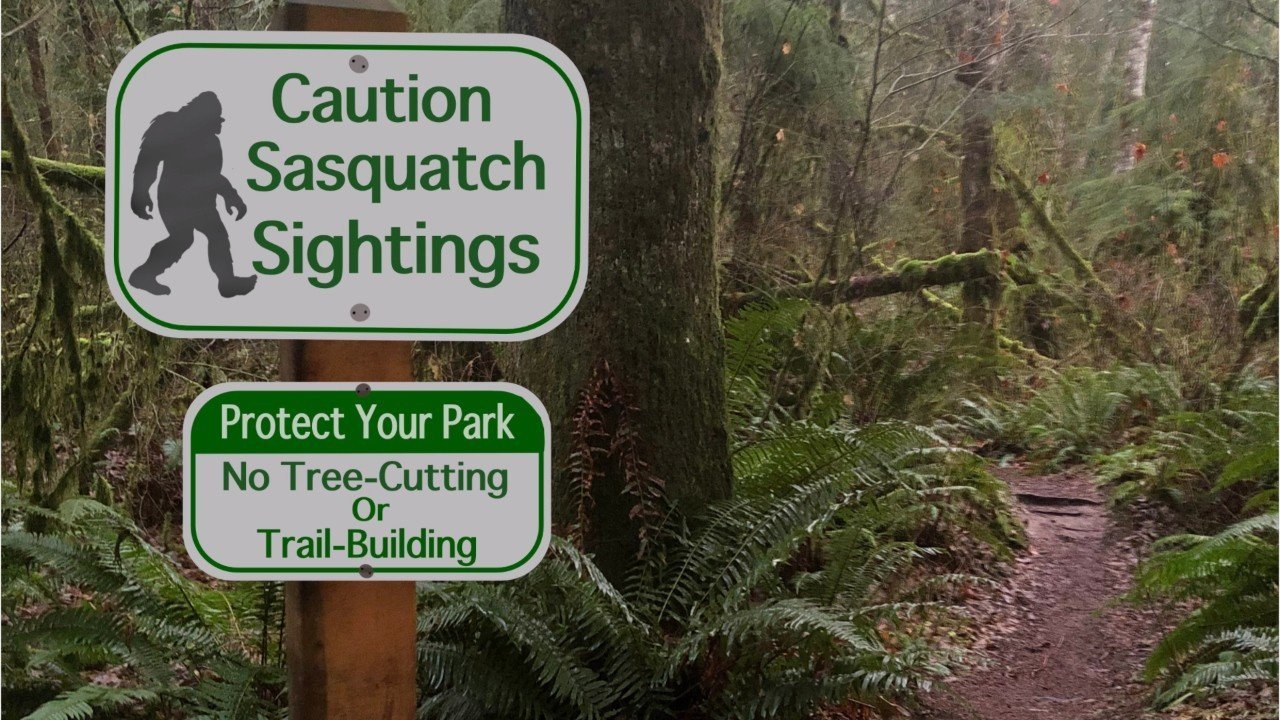 There is no scientifically plausible reason to accept the hypothesis that either DNA in vaccines or the DNA in GMO foods are dangerous. In the case of GMOs, ALL of the DNA in food that is absorbed is in the form of the four basic nucleotides, the same ones that the body uses to make its own DNA.

In the case of DNA in vaccines, it’s the same story. Whatever DNA that’s in the vaccines are going to be broken down into simple nucleotides within a few minutes. And even if those foreign DNA fragments were going to be absorbed by cells (they don’t), they are not going to be incorporated in any way into the genes of that cell. It’s not how the machinery of the cell works.

That Sasquatch DNA in the vaccines (OK, it’s not, but whatever DNA that’s in there) is indistinct. It’s not whole genes, it’s nonsense DNA fragments that don’t tell the cell anything. And no, those fragments are not going to induce an allergic reaction, because there are DNA fragments everywhere that are constantly being recycled.

This is the frustration that many of us have with the science deniers everywhere – they are missing basic scientific information that would allow anyone with that information to reject most of the claims.

GMOs are safe. Vaccines are safe. That’s settled science. You will not turn into Sasquatch with ears of corn growing out of your head if you GMO food and get injected with that DNA in vaccines.