This article about forced vaccinations and public health law was written by Dorit Rubinstein Reiss, Professor of Law at the University of California Hastings College of the Law (San Francisco, CA), who is a frequent contributor to this and many other blogs, providing in-depth, and intellectually stimulating, articles about vaccines, medical issues, social policy, and the law.

This is a response to an anti-vaccine myth about me regarding forced vaccinations. I want to clarify that I don’t support using force for routinely vaccinating, or generally, barring extreme circumstances, and never have.

Yes, I did point out that using force to vaccinate can be legal in some circumstances – that’s the law. I don’t think it should ever be a preferred method, but I do think that in extreme circumstances it can be used.

My general approach to fabricated anti-vaccine attacks is to ignore them or respond on the spot if they come up in a comment thread. Basically, making up negative things about people who challenge them is a routine tactic of the anti-vaccine movement, a feature, not a bug,  and honestly, if I spent time going after or responding to every… “creative” idea they come up with, I wouldn’t have time for more important things.

I have to hope most people realize that the anti-vaccine group makes up things about those who stand up to them, especially those who correct anti-vaccine claims when they come up.

But at the request of several pro-vaccine friends, I will address this one about “forced vaccinations.” 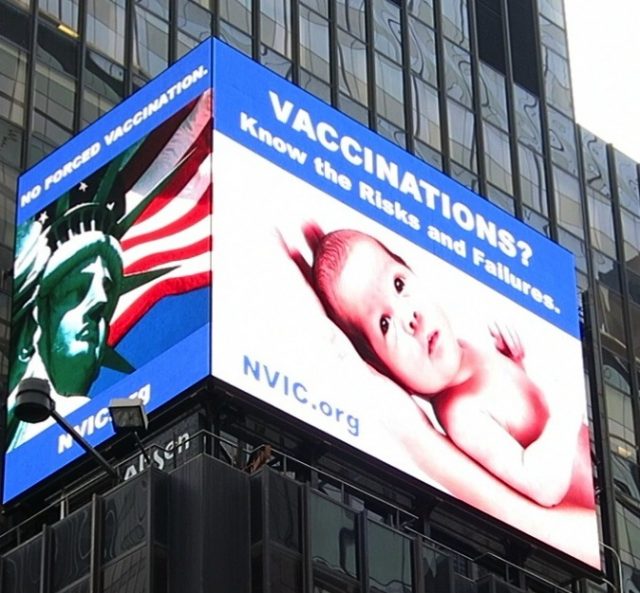 For a long time, anti-vaccine activists have shared a short video of me saying that using force can be done in some circumstances. The film is a short, less than a minute, sound bite from a two-hour panel organized by the National Meningitis Association,  an organization created by parents of meningitis victims and survivors of meningitis.

The panel involved multiple people. I tried to find the full version online, but cannot find it (if anyone finds it, please share in the comments) – but again, it’s a two hours panel. A large part of the discussion was about the science behind vaccines and the other significant part talked about school immunization requirements.

Then, at some point, someone asked: “what about force?” (I don’t remember the exact question).

And my answer was, as heard in the video shared by anti-vaccine activists:

Sending basically police to enforce vaccination can in some communities backfire. It’s certainly not easy on anyone. So it’s not something that’s done easily. It can be done. But it’s just not done easily.

Even without the context, most readers should realize that this is not an endorsement of the use of force to vaccinate or a suggestion that it’s a good idea. It’s a grudging acknowledgment that it can, in some circumstances, be legally done, while highlighting that it’s not easy (and by implication, not desirable, though I probably should have said that explicitly).

But anti-vaccine never say that. They say that the video shows that I support forced vaccinations. That’s blatantly false.

My position on forced vaccinations

I actually wrote about forced vaccinations of children in 2014, long before the quote was taken out of context. I’ve repeated my position on that in a peer-reviewed article from 2017.  My position has not changed. After going through the analysis, my conclusion was that (see this, p. 92):

The practical conclusion is that in most situations removing parental rights to make medical decisions for their child and mandating vaccination will be inappropriate.
…
Forced vaccinations, therefore, should be reserved to situations in which a strong case can be made that not vaccinating would be life-threatening, and in such cases vaccinating against parental wishes is entirely appropriate.

An example of the latter could be a child bitten by an unknown animal that can carry rabies, and the parent refusing the rabies vaccine.

I realize some people would disagree with that, too, and think that parents have a right to refuse vaccines even when it means a child’s death. Some people agree with faith healing even if it kills a child – for example, refusing insulin to a child with diabetes or antibiotics for bacterial meningitis.

I strongly disagree with those positions, and I frankly see it as an extreme and harmful position. Children deserve to live.

I would add that my view is that situations, where adults can be force vaccinated, are either non-existent or extraordinarily rare and extreme. And that if possible, should be avoided.

Both positions, as these references show, have been consistent for years, long before the 2018 panel, and are not contradicted by the short quote there. When anti-vaccine activists say otherwise, they are misrepresenting my position. 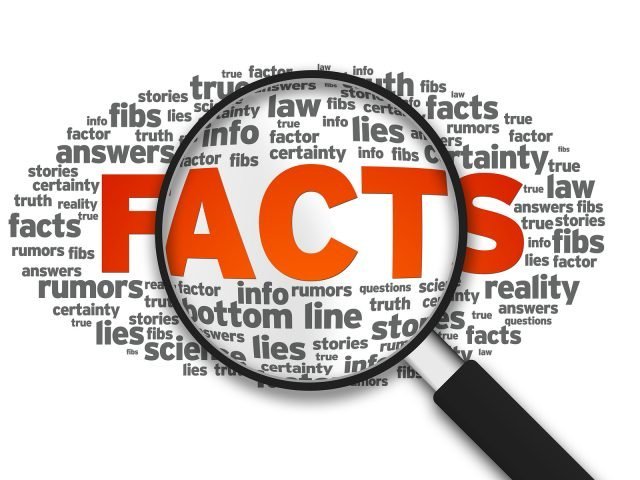 The law on force and medical treatment

Why did I say we can use force in some circumstances? Because that’s what our law says.

I teach public health law. I have a unit about forced medical treatment. Basically, under our law, in some circumstances, people can be forced to undergo treatment – if it is for their protection and others, and also meets other criteria. This is the standard for adults: 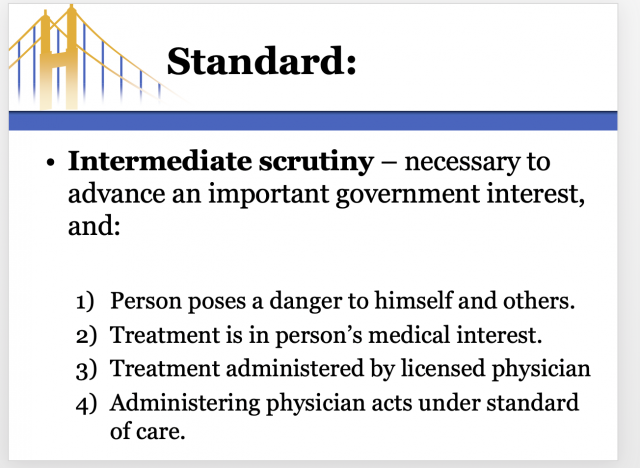 It is used in the United States, for example, to require adults to undergo direct active monitoring of taking their tuberculosis (TB) medicine or even to hold them while they take the medicine if they have infectious TB.

It is not something commonly done. But it can be done.

For children, the situation is different. Children are not adults – usually, the refusal is not by them, and by their caretaker, and to make a long story set out by this series short, parents do not have absolute right to sacrifice their children’s interests. The state can step in to protect the child (and in the case of vaccines, also protect others).

That is the basis of states ordering treatment over parental refusal when the child is at risk, as discussed here.

Basically, in some circumstances forcing treatment against parental will is done. That’s the law.

I am not a legislator and judge, and I didn’t make these rulings or laws. I can, however, summarize them, and I added, in writing, my view about how they apply to vaccines.

As I stated, my view is that in most circumstances, forced vaccinations of children is inappropriate. But in some circumstances, when the risk to the child is high, it can – and has – been done. There’s nothing extreme or unusual about that position. It’s certainly not an endorsement of easy use of force.