I have written nearly 200 articles on the HPV vaccine, many on Gardasil vaccine effectiveness, one of the most important issues about this important cancer-preventing vaccine. But that’s so much data, so I wanted to publish one article that reviewed the largest and best peer-reviewed articles that support the claims of Gardasil vaccine effectiveness.

My goal is to make this article your “go-to” source for the best and clearest evidence that the HPV vaccine not only prevents HPV infections but it also significantly decreases cancer risks. 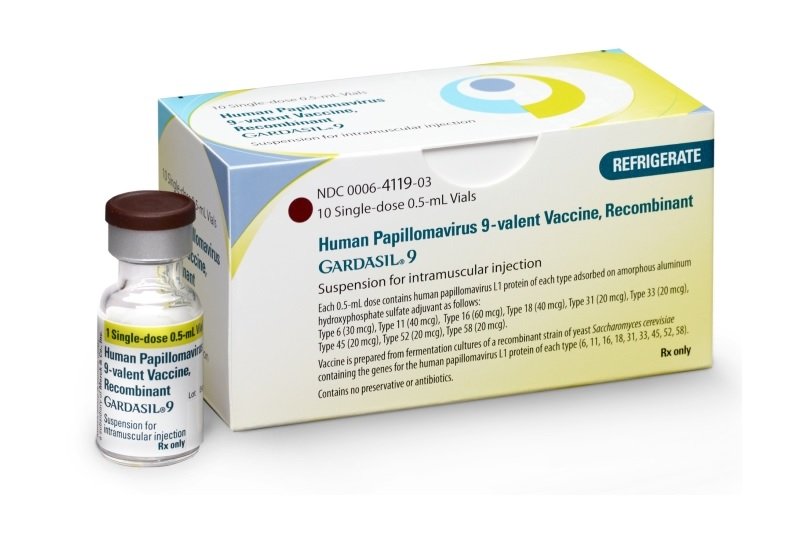 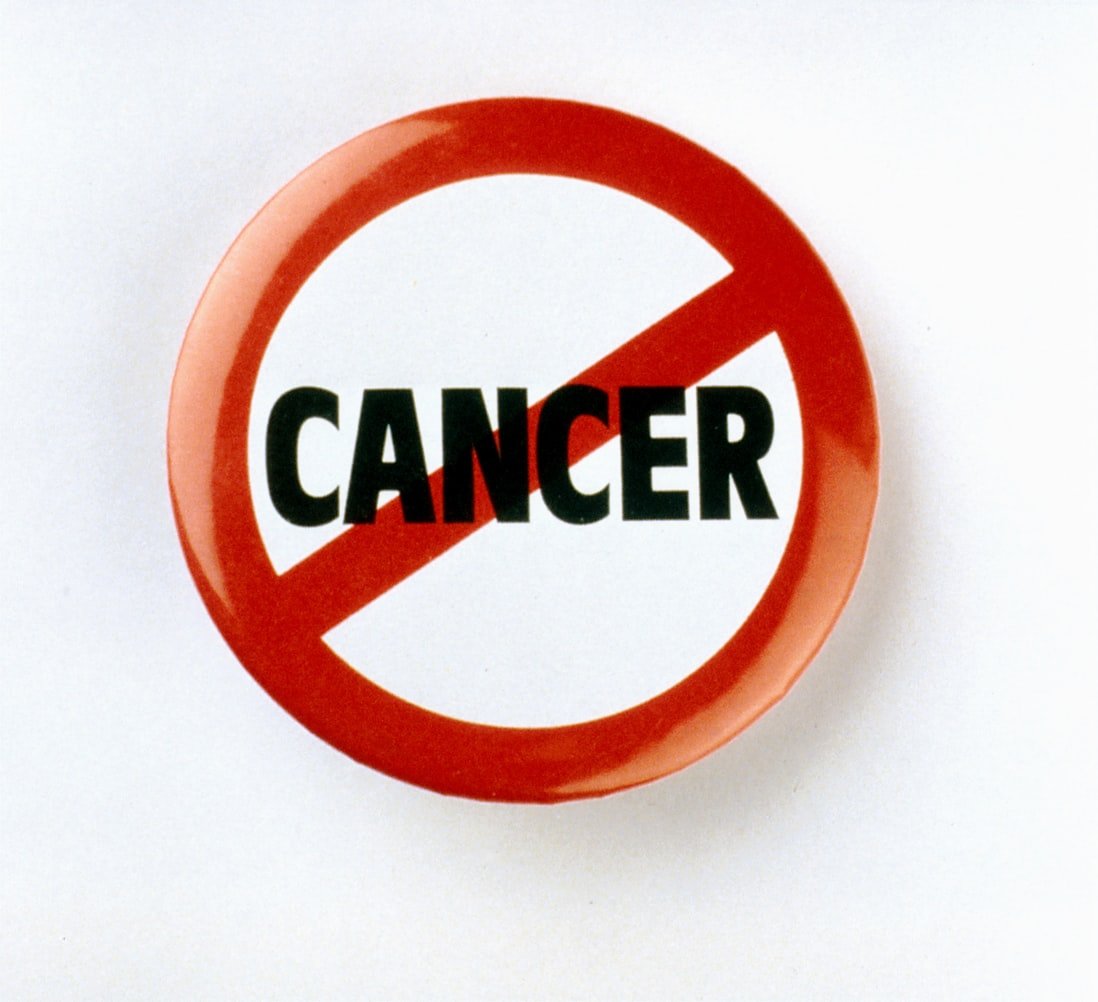 In a recent article published in the Centers for Disease Control and Prevention (CDC) Morbidity and Mortality Weekly Report, CDC researcher Elizabeth A Van Dyne, MD et al. examined the incidence of HPV-associated cancers in the USA from 1999 to 2015. Their results are surprising and should make us redouble our efforts to increase the uptake of the HPV vaccine.

The researchers found that oropharyngeal squamous cell carcinoma (SCC) (see Note2) is now the most common of HPV-associated cancers in the USA. SCC incidence rates, from 1999 through 2015,  increased by 2.7% per year for men and 0.8% per year among women.

Anti-vaxxers often try to claim that HPV is “only” linked to cervical cancer, but as you can see, it’s a lot more than that. And those cancers can affect both men and women.

According to the report, the decline in cervical cancer is part of a long-term trend, since the 1950s, which has resulted from better guidelines and attention to cervical screening. On the other hand, the increase in oropharyngeal SCC may be due to changing sexual behaviors over the past 15-20 years, including unprotected oral sex, especially among white men, who report having the highest number of sexual partners and performing oral sex at a younger age.

To obtain this data, the CDC analyzed data from their own National Program of Cancer Registries and the National Cancer Institute’s Surveillance, Epidemiology, and End Results (SEER) program for all years from 1999 to 2015. 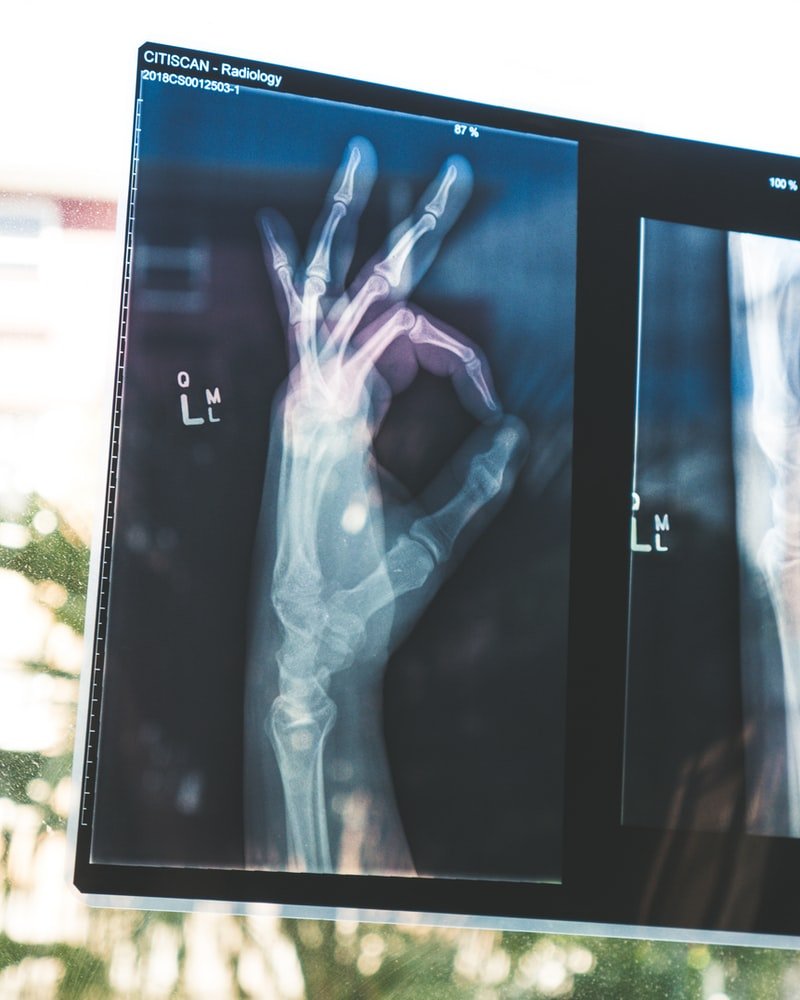 Gardasil vaccine effectiveness – the best one

A study of nearly 1.7 million Swedish women comparing vaccinated and unvaccinated groups showed an almost 96% decrease in the risk of invasive cervical cancer in women who received the HPV vaccine before the age of 17.

Jiayao Lei, Ph.D. and colleagues, in a paper published (reviewed here) in the New England Journal of Medicine on October 1, 2020, examined the risk of invasive cervical cancer in 1,672,983  Swedish women who received the quadrivalent HPV vaccine compared to those who did not. This cohort study included an open population of girls and women 10 to 30 years of age who were living in Sweden from 2006 through 2017.

The results can be summed up with this one graphic: 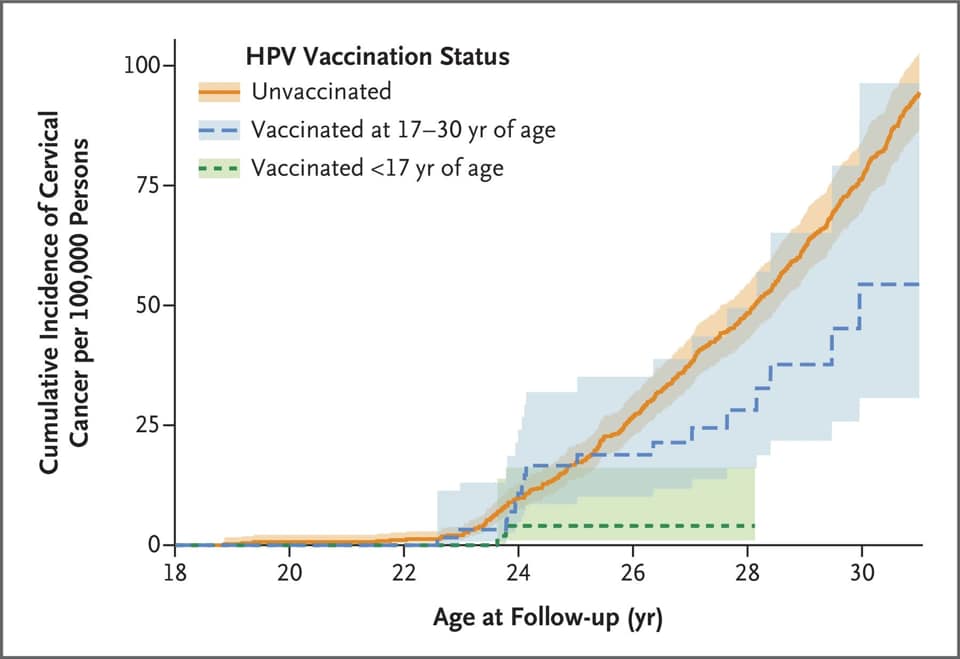 But, of course, we should review the most important results from this study:

The authors concluded this about Gardasil vaccine effectiveness:

In this large, nationwide study of girls and young women 10 to 30 years of age who had been vaccinated through HPV vaccination programs, we found that HPV vaccination was associated with a substantially reduced risk of invasive cervical cancer. 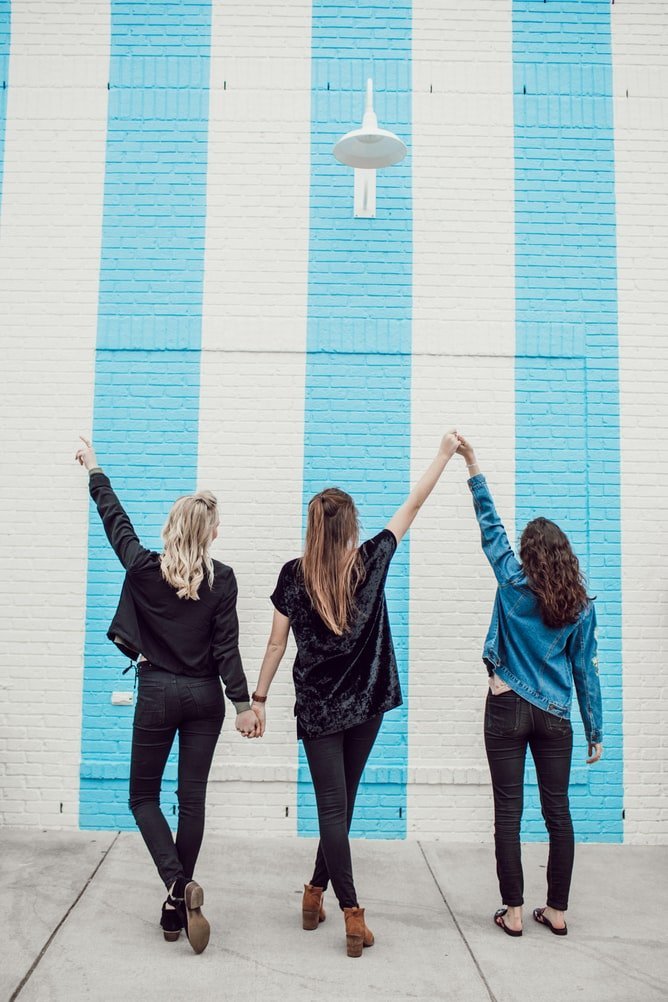 Researchers examined 2200 women who received the HPV vaccine, and none exhibited any signs of invasive cervical cancer. And they determined that the vaccine was effective for at least 12-14 years.

The study, by Susanne K Kjaer et al, was published (reviewed here) in June 2020 by The Lancet’s EClinical Medicine. Young women, 16-23 years of age, from Denmark, Iceland, Norway, and Sweden who had received three quadrivalent HPV vaccine does during a randomized, double-blind, placebo-controlled study were followed for effectiveness for an additional 10 or more years.

The researchers took tissue samples during organized cervical cancer screening programs and were adjudicated for histopathology diagnoses and also tested for HPV DNA. Serum was also collected in year 9 and year 14 of the study to assess antibody responses.

The authors provided this conclusion about Gardasil vaccine effectiveness:

Vaccination of young women with qHPV vaccine offers durable protection against HPV16/18-related high-grade cervical dysplasia for ≥12 years, with a trend toward continued protection through 14 years post-vaccination, and induces sustained HPV6/11/16/18 antibody responses for up to 14 years post-vaccination. There was no evidence of waning immunity, suggesting no need for a booster dose during that period. 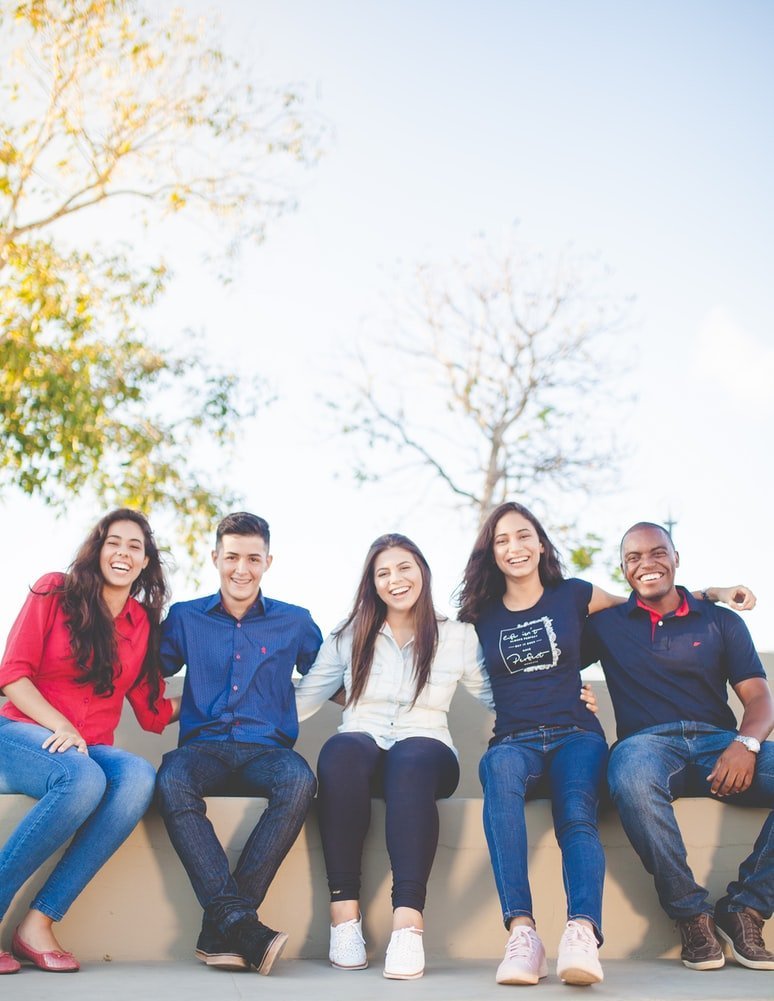 A meta-review that included over 13 million participants showed that the HPV vaccine reduced the risk of genital warts by over 97%.

On 28 May 2020, BMC Public Health published a meta-review (reviewed here) that found that the quadrivalent HPV vaccine can prevent genital warts in healthy women and men. The researchers concluded that HPV vaccines should be or continue to be included in routine immunization programs for teens and young adults.

The meta-review include eight randomized clinical trials where HPV or placebos were administered to females or males (in one of the studies). The researchers then compared the number of genital warts cases was compared between the two groups.

The researchers also reviewed eight time-trend studies to assess the population-level effect of Gardasil vaccination by comparing the rate of genital warts between pre- and post-vaccination periods. In this part of the analysis, the researchers found that:

These results are consistent with many other systematic reviews and meta-analyses that also found that the risk of genital warts was much lower in vaccinated girls.

The results from RCTs and time-trend analyses – representing more than 13,000,000 participants – have shown that the quadrivalent HPV vaccine is highly effective in preventing HPV 6/11 related GW both in women and men which gives an additional value to the application of this type of vaccine. Our meta-analysis provides up-to-date information for the public about the effectiveness of HPV vaccination. Teenagers and their parents should acquire better knowledge about HPV infection and prevention. This is of very high importance, because rumours about vaccine safety have been one of the principal obstacles for the acceptance of HPV vaccination by the public. Despite the early implementation of national vaccination programs, in the majority of developed countries coverage rates remain unsatisfactory [41].

Furthermore, the present work provides reliable information for obstetrician–gynaecologists and other health care providers who should raise the attention of parents and patients for the benefits of HPV vaccination and offer HPV vaccines. Additionally, our results demonstrating strong evidence of quadrivalent HPV vaccine effectiveness can help the governments for making decisions about the implementation of the vaccination. It would be recommended to include the quadrivalent HPV vaccine in routine immunization programme because of its high effectiveness not only against cancer but also against GW.

In summary, our results clearly show that the ecological impact of the quadrivalent HPV vaccine is high and its introduction in many countries is strongly suggested.

A meta-analysis that examined data on 60 million individuals showed the HPV vaccine reduced the risk of cervical intraepithelial neoplasia grade 2+ in women by 51%.

In an article by Mélanie Drolet et al., published in The Lancet on 26 June 2019, (reviewed here) researchers found robust evidence that the HPV vaccine significantly decreases the risk of precancerous cervical lesions as well as anal-genital warts.

The meta-analysis (considered the pinnacle of the hierarchy of biomedical research) examined data on 60 million individuals over nearly 10 years. The analysis included 65 studies published from February 2014 through October 2018. This new analysis updates a study published in 2015 by the same researchers.

They found the following:

The authors wrote about the Gardasil vaccine effectiveness:

Our results provide strong evidence of HPV vaccination working to prevent cervical cancer in real-world settings, as both the cause (high-risk HPV infection) and proximal disease endpoint (CIN2+) are significantly declining. In terms of global policy implications, these results reinforce the recently revised position of WHO recommending HPV vaccination of multiple age cohorts of girls, and provide promising early signs that the WHO call for action on cervical cancer elimination might be possible if sufficient population-level vaccination coverage can be reached.

In an accompanying editorial, also published in The Lancet, Silvia de Sanjose, MD, Ph.D., and Sinead Delany-Moretlwe, MBBCh, Ph.D., stated that greater vaccine coverage is critical to herd immunity, given that the disease burden accounts for more than 80% of deaths attributable to HPV-related cancers in low-income and middle-income countries. 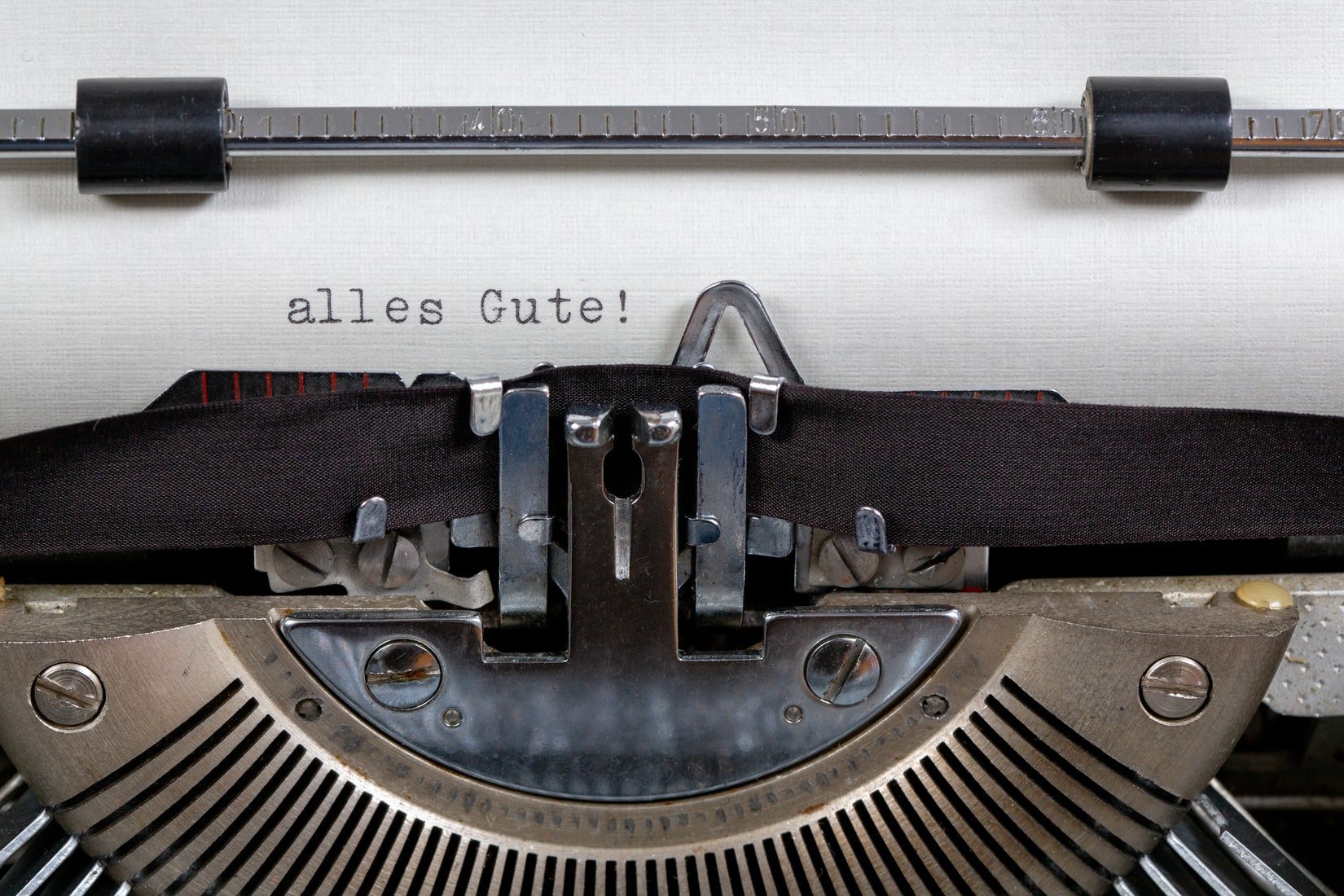 I have presented in this article four published, peer-reviewed, high-quality articles that establish firm evidence supporting Gardasil vaccine effectiveness. These are not unpublished junk science that does nothing but scare parents and individuals from protecting themselves from dangerous cancers.

I only chose four of the best articles, but there are many others that say the same thing – the HPV vaccine prevents cancer. Again, there are so few ways to prevent cancer, why wouldn’t you take the vaccine that can actually prevent cancer?