As I wrote recently, the science is settled on “controversial” topics like vaccines and anthropogenic climate change. The science is also settled on genetically modified organisms (GMO) – real science, not anecdotes, beliefs, misinformation, and lies, tells us that genetically modified agricultural products are safe for the environment, for animals, and for humans. Now, we have a new, powerful study that shows us that GMO corn is not only safe but also increases production of corn.

GMOs are one of those modern technologies that many people avoid, mainly for irrational and unscientific reasons. Of course, many people push fear, uncertainty, and doubt (FUD) about GMOs using little or no scientific evidence to support their claims.

But I’m here to provide real, published, peer-reviewed scientific evidence that contradicts that fear about GMOs – well, at least about GMO corn.

Let’s spend a few moments discussing GMOs. “Genetically modified” is one of those weasel words that can have a variety of meanings. However, for the purposes of this article, it means modifying the genome of an organism using one or more genes from another organism.

Although GMOs usually are used to describe foods, it really has a broader meaning. For example, human insulin isn’t purified from humans, it is produced by bacteria that have had the human insulin gene inserted into their genome. It is the fastest and least expensive way of manufacturing sufficient human insulin for diabetics across the world.

GMO corn usually contains genes for increased productivity, reduced levels of certain natural toxins that occur in corn, increase pesticide resistance, and other changes. Of course, we have been genetically modifying corn for 7-10 thousand years, when our ancestors domesticated an inedible wild grass, teosinte, through artificial selection.

You’re wondering how I can conflate modern genetic modifications of crops with the artificial selection that has been a staple of agriculture since the earliest days of human farming. Artificial selection, like natural selection, relies upon waiting for mutations to occur in a plant. In this case, a farmer notices that his corn crop has a few that have larger ears of corn, more drought tolerance, or grow faster.

These mutations aren’t “natural,” they result from natural radiation, cosmic rays, or random mutations in genes that occur all the time in all organisms. Over the past hundreds of years, farmers learned how to induce genetic mutations to speed up the process, and they had no idea about genes, DNA, or artificial selection.

Of course, without these mutations, we’d be eating a wild grass, not putting butter on an ear of corn. Or getting corn oil for cooking. Or corn for food for agricultural animals.

Genetic modification just speeds up artificial selection by controlling which mutations occur – in essence, scientists are creating the mutations that they want by adding or subtracting genes. There is literally no difference between “natural” mutations and genetically modified mutations, except reducing the time for the mutation. It’s a logical fallacy to think that the “natural” mutation is better than the artificial one.

Let’s dismiss some other pseudoscience that’s out there about GMOs: 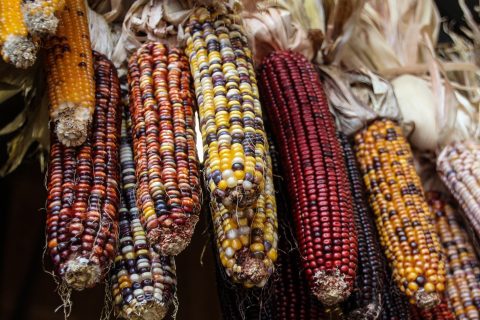 The paper, by Elisa Pellegrino et al. and published in Nature Scientific Reports, a highly respected peer-reviewed journal, analyzed over 6000 published papers on GMO corn over the past 20 years. The researchers performed a meta-analysis on all of that research focusing on differences in productivity, toxicological, and environmental differences between GMO and non-GMO corn.

In case you were wondering, a meta-analysis (along with the very similar systematic or meta-review) is the most powerful type of research in biomedical sciences. It is a cumulative analysis that draws from hundreds or thousands of published studies. A well-done meta-analysis gives more weight to the best studies while sorting out biased and poorly done studies. Meta-analyses form the basis of the scientific consensus, one of the most important principles in science.

So what did this study conclude?

The analysis, which used data from studies conducted worldwide, not just the USA, showed that GMO corn crops had yields 5.6 to 24.5 percent higher than non-GMO corn varieties. This contradicts the anti-GMO arguments that GMO corn has not increased crop yields.

The study also showed that GMO corn crops had statistically significant lower levels of mycotoxins, a toxic metabolite from fungi that infect corn crops. They showed up to a 36.5% reduction in these mycotoxins in GMO corn crops.

Reducing mycotoxins is very important. These compounds are both toxic and carcinogenic to humans and animals (pdf). Non-GMO and organic corn often contain small, but potentially harmful, amounts of mycotoxins. GMO corn is more resistant to certain insect pests which can weaken the plant leading to fungal infections that produce mycotoxins.

The results support the cultivation of GE maize, mainly due to enhanced grain quality and reduction of human exposure to mycotoxins.

The researchers stated in their analysis that the study draws “unequivocal conclusions, helping to increase public confidence in food produced with genetically modified plants.” Of course, despite this study’s outstanding quality analyses, there will like still be an uproar about GMO corn and other plants incorporated into agriculture. I can only hope that this type of science, similar in quality to an IPCC report on climate change, which also relied upon a meta-analysis of thousands of studies, would convince at least some people to start ignoring the pseudoscientific claims about GMOs.

This GMO corn study shows us that it is safer for humans. It shows us that we can produce more of it to feed an increasingly crowded world. It always bothers me that elitist individuals want to push more expensive and less productive organic and non-GMO food which will harm poorer people living in areas where more innovative crops can feed them.

Finally, this study should also convince farmers (and yes, corporate farms) to consider the financial and safety benefits of using GMO corn.