On December 3, 2019, Judge Denise Hartman, from the New York Supreme Court in Albany (see Note 1), rejected a claim challenging the removal of the religious exemption from school vaccine mandates.

Judge Hartman has previously, in a careful decision upheld on appeal, rejected plaintiffs’ request for a preliminary injunction on stricter school vaccine mandates. In this decision, she provided a well-reasoned, thoughtful analysis of the constitutional issues.

Judge Hartman found that the change in the law in New York was based on public health, not hostility to religion, and fits well within the extensive precedent upholding mandates without requiring a religious exemption.

This lawsuit was the strongest, best-argued challenge to the New York law on religious freedom grounds. Unless plaintiffs appeal, this is likely the end for any serious chance opponents had at overturning the law, and even on appeal, their chances are likely low. 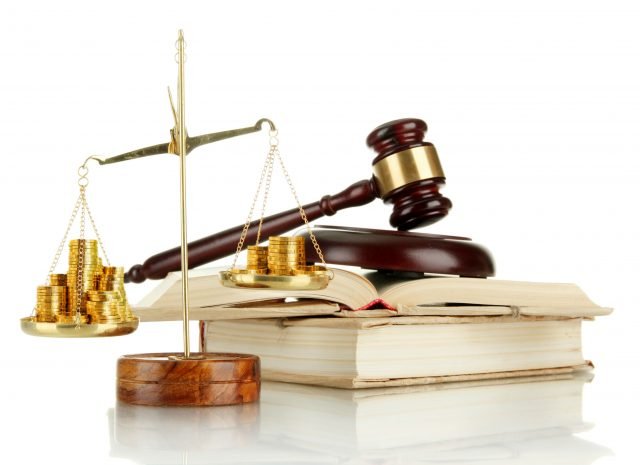 The lawsuit in question was brought in collaboration between civil rights attorney Michael Sussman and the anti-vaccine organization Children’s Health Defense, headed by anti-vaccine activists Robert F. Kennedy, Jr, Lyn Redwood, and others.

It has a long list of plaintiff parents (of which F.F. is the first, and hence the name on the decision) who claim religious objections to vaccines and are affected by the removal of the religious exemption. I discussed the lawsuit in detail when covering the rejection of the request for a preliminary injunction.

In fact, no court, state or federal, has ever struck such a mandate down, though courts have set limits on how religious exemptions can be applied.

In a classic statement in the 1944 case Prince v. Massachusetts, the United States Supreme Court said, in ringing words quoted extensively since:

…[a parent] cannot claim freedom from compulsory vaccination for the child more than for himself on religious grounds. [Footnote 12] The right to practice religion freely does not include liberty to expose the community or the child to a communicable disease or the latter to ill health or death.

As the court pointed out, recent jurisprudence has supported this decision regarding school vaccine mandates.

Further, since 1990 the Supreme Court’s interpretation of the freedom of exercise clause of the First Amendment was that a generally applicable, neutral on its face law does not require a religious exemption.

Because school mandates were not created to target religion, they would not require a religious exemption under this jurisprudence. But from the early days, there was an exception – if a legislature (or other government units) is targeting religion directly in the guise of a neutral law, the rule does not apply.

This general principle was applied in the recent case of Masterpiece Cakeshop to invalidate a decision of the Colorado Civil Rights Commission decision giving specific instructions to a baker who refused to make a wedding cake for a gay couple, after finding that he discriminated against the couple. The Supreme Court found that statements by commission members showed hostility to the baker’s religious beliefs, and overturned the Commission’s decision. 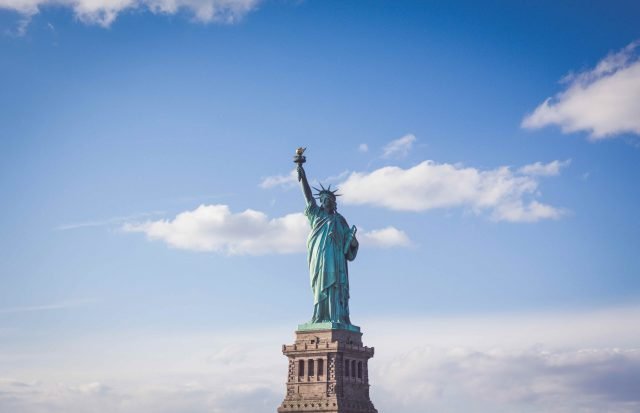 Trying to build on that, the plaintiffs here argued that statements by legislators showed hostility to religion. Statements cited include, for example, “we have chosen science over rhetoric”, “whether you are Christian, Jewish or Scientologist, none of these religions have text or dogma that denounce vaccines. Let’s stop pretending like they do,” and other statements suggesting the religious exemptions were misused.

They also suggested that the fact that the bills were proposed in January but only passed in June shows there was no public health emergency.

The court rejected this claim on several grounds:

First, it pointed to the fact that the text of the law was neutral on its face – but that alone may not be determinative. Reviewing the history of school immunization laws in New York, it tracked their public health origins and the original documents that showed clearly that they were adopted to prevent disease, not to target religion.

Second, then the court set out the 2019 outbreak – the worst in decades and centered on neighborhoods in New York where immunization rates were low.

The court pointed out that:

“.. from the perspective of [law provision], the compulsory vaccination statute is, with or without a religious exemption, a neutral law of general applicability… That the legislature repealed a previously authorized religious exemption does not in and of itself transmute the law into a non-neutral law that targets religious beliefs.”

Finally, the court found the time passage from the introduction of the bills (January) to passage (June) to be not determinative, because the legislature has many things to address and gets to decide its timing. Not holding hearings was also within the legislature’s prerogative – the legislature was “not required to hold fact-finding hearing and debates about the science and medicine of vaccination,” it could “rely on findings and recommendations of the CDC and other public health officials.”

Second, the court was concerned that using such individual statements to overturn the entire legislature’s conclusion would violate the separation of powers, getting the court to intervene too much in the legislature’s realm of lawmaking. The circumstances generally also support a public health motive – a reaction to the outbreak – over animus to religion.

Even if the case was held to a strict scrutiny standard, the court said, pointing to precedent from federal courts and California, the law would stand. The court said:

Protecting public health, and children’s health in particular, through attainment of threshold inoculation levels for community immunity from vaccine-preventable, highly contagious diseases that pose the risk of severe consequences ‘has long been recognized as the gold standard for preventing the spread of contagious diseases’ and is unquestionably a compelling state interest. (quoting California’s Love v. State Department of Education, which I reviewed here) .

The court pointed out that the less restrictive means pointed to by plaintiffs – keeping unvaccinated children out of school, quarantine – can reduce outbreak and the risk to unvaccinated individuals, but do not prevent them the way maintaining community immunity would.

So the court rejected the claim.

Plaintiffs also tried to make an equal protection claim, comparing children affected by the change to children with medical exemptions, to adults in the school system, or to children towards whom the mandate is not enforced.

These are not protected categories, so the government only has to show a rational basis for the distinctions – and there are such basis: medically exempt children are not similar to children without medical exemption, and the difference justifies different treatment; while you could also have a plan that includes adults, there is good basis to reach community immunity by targeting school children, which protects them in school and the community; and the fact that the law could be enforced better does not make it discriminatory.

The plaintiffs also tried to claim that the school vaccine mandates compel speech, but the vaccine requirement is not “inherently expressive” or requires parents to “convey a ‘particular message’” – in other words, it’s not primarily about speech.

In short, the court found that the plaintiffs have not made a good legal claim against the repeal of New York’s school vaccine mandates, even if their factual claims are assumed true, and dismissed the case without allowing it to go to fact-finding. 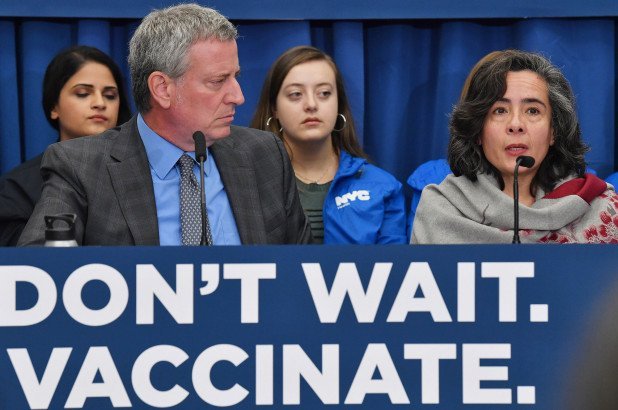