Here we go again – a pseudoscience website claims that a former Merck scientist does not vaccinate his kids because of random reasons. But before you perk up and think that this is a real, we should start with “Merck scientist.” Yeah, those scare quotes have meaning.

When I first saw the story, I assumed it was about Diane Harper, an actual Merck scientist with no scare quotes, because she is an actual scientist who actually worked with Merck on the HPV vaccines. The anti-vaccine religion tried to claim that she was anti-vaccine and to be fair, she was somewhat ambivalent, but today, Dr. Harper is a firm supporter of the HPV vaccine as a professor in the Department of Family Medicine at Michigan Medicine, University of Michigan’s medical center. She is also the physician director for community outreach and engagement at the University of Michigan Rogel Cancer Center.

Anyway, this story isn’t about Dr. Harper, it’s about another “Merck scientist.” Let’s go there. 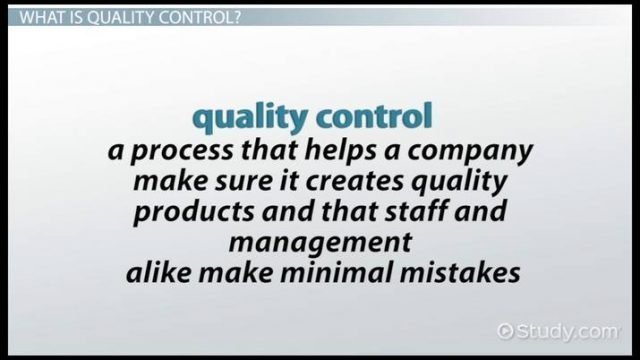 About this Merck scientist

So the article discusses an interview by the anti-vaccine quack, Del Bigtree who produced the fraudumentary, Vaxxed, with this so-called Merck scientist by the name of Jorge Araujo. The article claims that Araujo is “a scientist who worked for the pharmaceutical company Merck as a lead supervisor on vaccine sterile quality this week.”

Look, I don’t mean to demean Araujo’s background but based on that description, he’s not a scientist. I know we throw that term around as if it has no meaning, but a “scientist,” especially when it relates to vaccines, is generally someone who engages in basic research in developing or researching vaccines.

In manufacturing, testing of vaccine sterility is not basic scientific research. It is a job that has a lot of authority, but it is focused on quality control (QC), a part of the manufacturing process. It is an inspection service, not basic research into vaccines.

In sterility quality control, they test some percentage of vaccines in a lot for contamination. It’s a simple job – test using processes approved by the FDA, and if it’s contaminated, the lot is quarantined. Otherwise, it can be shipped to the distribution channel as long as it passes the dozens of other quality control checks.

Sterility testing is critical to all injectable pharmaceuticals. It’s an important job. But it’s not science, it’s simply following the quality control steps established by Merck and approved by the FDA. There’s no critical thinking involved. There’s no science. It’s like a cook that follows a recipe for cake based on what is outlined in a cookbook.

The QC process is standardized across most pharmaceutical companies. There could be improvements in sterility testing over the years, but a QC supervisor isn’t the person to implement that. It’s actual research scientists, along with manufacturing engineers, who do this.

If Mr. Araujo was an actual scientist who performed clinical research with a new or old vaccine, I might listen, but only if he had a large number of published papers that showed he was a vaccine scientist. But, as I’ve written before, the appeal to false authority has no meaning with respect to vaccines.

The claims of the not a Merck scientist

So the story is that Araujo’s wife is a nurse – neither her or Mr. Araujo “questioned” the settled science (see Note 1) of vaccine safety and effectiveness. Of course, they shouldn’t question it, unless there is robust, published, peer-reviewed evidence from actual scientists that say we should question it.

The article then says:

Araujo relates that as he began to ask questions about vaccine efficacy and safety, the answers were not there. His research showed him that the robust science and quality controls present in regular drug manufacturing did not seem to be present with vaccine manufacturing.

I’m not sure where Mr. Araujo was looking, but he certainly didn’t look anywhere that I’d look, like the hundreds of articles that have been published by real scientists (not a QC supervisor) about vaccines. It’s not that hard.

Based on his Google University vaccine research, Mr. Araujo and his wife decided to put their children at risk of dangerous and deadly diseases by not vaccinating him. If he actually did real research, and if he were actually a scientist, he would have come to the alternative conclusion – fully vaccinating his children on time.

Araujo also buys into the thoroughly debunked claim that vaccines cause autism. Apparently, he’s friends of a former San Antonio, Texas District Attorney named Nico Lahood who has pushed the false narratives about vaccines and autism:

So what I do, is I follow evidence. I am an empirical data guy.

I am here to tell you that vaccines can and do cause autism.

Another person without any credibility in vaccine science trying to claim he knows about evidence that no one else does. This is tiresome. I mean Lahood, who was demolished in a 2018 election for the DA position by a progressive Democrat, would be a false authority, except he isn’t even close to being an authority. He’s just some guy, no different than Bigtree, that is yelling on the internet about vaccines with zero evidence supporting their position.

The official summary about this Merck scientist

Well, there’s really nothing here. First, Jorge Araujo is no more a Merck scientist than I am, which I’m not. The anti-vaxxers are so desperate for anyone to support their claims that they jump on any convenient train that has someone saying anything negative about vaccines.

Second, it’s notable that his “beliefs” about vaccines have nothing to do with his experiences at Merck unless he’s going to claim that every lot of vaccines produced by Merck were contaminated. He stated that he couldn’t find anything that showed the safety and effectiveness of vaccines. It doesn’t take too much work using PubMed to find boatloads of research on vaccine safety – there are nearly 20,000 published articles on vaccine safety.

Third, as anyone with scientific skeptical knows, there is no evidence supporting the link between autism and vaccines. None. It’s settled science.