This article is my October 2019 ACIP meeting review. On October 23, 2019, I attended one out of two days of the meeting of the Advisory Committee on Immunization Practices (ACIP).

Unfortunately, I could not stay both days, because I had to get back to teach on Thursday. But that one day was instructive. Like last time, this meeting was data-heavy and intensive, and the process was thorough.

While a number of anti-vaccine activists attended, there was no real indication that they followed the committee’s deliberations, tried to understand what was discussed, or learned from the information presented.

Their comments during and after the meeting did not contribute substantively to the discussion or offered anything that could lead to meaningful policy changes.

Because of the length of this review, it will be divided into two parts: 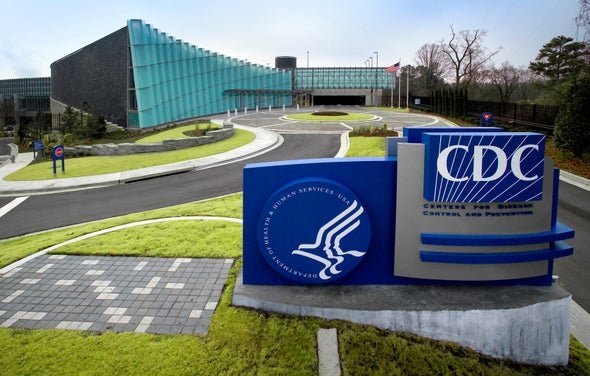 There were three parts to the meeting (not quite in that order):

This October 2019 ACIP meeting review will be long, so please use the toolbar to navigate between the topics.

The meeting opened with an introduction of four new committee members – Ms. Lynn Bahta, the talented RN who, for years, worked on immunization issues in Minnesota’s Department of Health,  and Drs. Beth Bell (also here),  Katherine A Poehling, and Pablo J Sanchez. All four of these individuals have impressive backgrounds and extensive experiences in several different fields related to public health and vaccines.

This was followed by remembering Cindy Pelligrini, the ACIP consumer representative between July 1, 2013, and June 30, 2018. Ms. Pelligrini came to ACIP from March of the Dimes.

Ms. Pelligrini died on July 26, 2019, following a two-year battle with ovarian cancer. The Committee described her work in detail. She was described as “fulfilling her roles well and with humility”. She was said to have “transformed the role of consumer representatives. Spoke for children and others ACIP works to protect.”

After handling administrative matters, the members turned to the intended subjects. 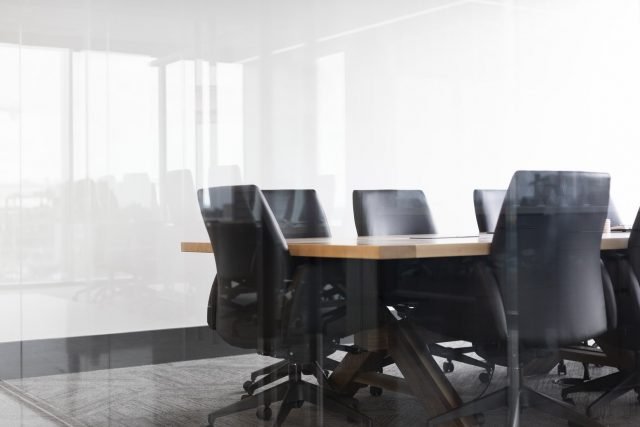 There are two general takeaways from the sessions beyond the substance.

First, this is a real geek’s dream meeting, and it will likely bore the pants off anyone else. It closely examines a lot of evidence, often highly technical evidence, and the discussions often go into detail and examine sub-issues and specific points.

Second, ACIP members have to constantly and repeatedly deal with uncertainty and incomplete data and make decisions on such incomplete data anyway. Not recommending a vaccine is also a decision – and one that accepts risks that the vaccine would reduce.

The Committee has to grapple with the data and choose the better course of action, and members clearly take that role seriously. 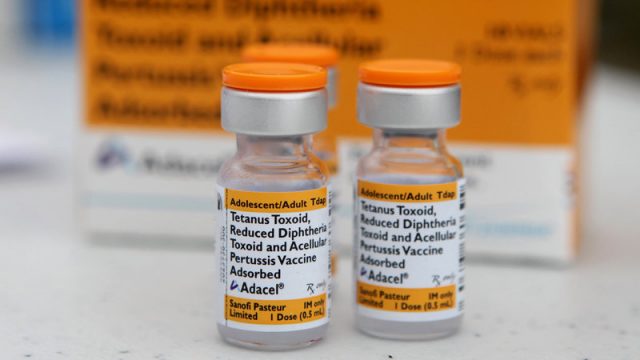 Currently, a Td booster is recommended in three circumstances:

The Committee had to decide whether to move away from the existing recommendation of only the Td vaccine and instead recommend that either Tdap or Td could be used in these three situations.

There were two aspects to this:

Because there was not enough direct data on the exact proposed change, the Committee drew on studies on similar schedules, and on the existing monitoring systems. The data included:

The conclusion of the workgroup was that while the data is limited, it is reassuring, suggesting no serious safety problems of using a dose of Tdap after a previous one.

While there is there always room for more data, it’s important to remember that in this case, there was no non-decision. There was an existing recommendation: to use Td.

The question was whether to change it to allow Tdap as well or leave it as is. The lack of issues in the data (and existing extensive information supporting the safety of one dose of Tdap) led the workgroup to see Tdap as an option whose safety is equivalent to Td.

There is always incomplete information in reality. For academics, that might be a point of criticism. For policymakers, uncertainty is a reality, and not acting is not always the right choice.

Risk/benefit of Tdap vs Td

One consideration for the committee was the fact that in practice, many providers, apparently, already use Td/Tdap interchangeably as a booster in these circumstances – but without a recommendation, there could be insurance implications, with Tdap not covered.

The workgroup’s conclusion was that the change will lead to increased flexibility for providers. The workgroup pointed out that there was not enough evidence for a benefit from adding another dose of pertussis vaccine in controlling pertussis.

For that reason, the workgroup did not recommend preferring Tdap. However, since there were, no real safety concerns, the benefits outweigh the harm.

Although Tdap was more expensive, since most providers already use it in practice, the workgroup felt the economic change would not be large.

The Committee unanimously voted for the recommendation to allow Tdap to be used as an alternative to Td and to include it in the immunization schedules.

The next part of the meeting discussed revisions to the presentation of the child and adult schedules. The discussion was not about setting or changing the schedule: it focused on making the very complex existing schedules readable. Updated schedules are published every year in the Mortality and Morbidity Weekly Report in February (this round, February 2020), so ACIP reviews them for readability and votes on them during its October meeting.

The review aims to add any changes made during the year, try to harmonize the presentation between adult and vaccine schedules, and review them for clarity and readability.

The presentation explained both the substantive changes and the presentation changes, and then the committee engaged in a lengthy discussion on making the schedules accessible. For example, the members discussed in depth the correct language to clarify the effect of having a previous case of Guillain-Barre-Syndrome (GBS) after receiving some vaccines.

[Note – at this point, the committee went into public comments; but for better flow, I will finish discussing the substance before addressing those.]

The main goal of this session was to update committee members (and audience) on what is going on with influenza in the world. The session included information about influenza in the Southern hemisphere in 2018-2019 and discussion of the early flu season in the United States.

Basically, influenza levels were still low overall during the meeting (though higher than parallel times in previous years – something the presenter said may be due to more reporting sites, better surveillance, rather than actual increase), but that varied by region.

The discussion went deep into the virus subtypes circulating and the vaccine’s effectiveness. Here is one of several summary passages (and note, this is a very condensed summary of a lot of information:

2018-2019 southern hemisphere – lots of influenza A, some B. Different areas had different patterns – some with more B Victoria. Depending on the area, pattern varied. [details omitted for brevity]

Majority of viruses reported – influenza B, a little unusual for this time of year. Among them 85% come from region four – south east of United States. Lots of influenza B recently, but overall H3 N2 viruses reported more. Recently 60% A, 30% B. Among A 72% H2N3 among B 93% Victoria bars.

In the southeast, B was predominant. Region 3 – mostly Louisiana and Texas. Across north mostly A.

I feel I am giving a very important topic short shrift here, but this post is already getting too long.

The session also included a presentation by a representative of Sanofi-Pasteur, Dr. Lee-Jah, on a high-dose quadrivalent vaccine (a flu vaccine that protects against 4 influenza strains, 2 A types and 2 B types) that their company is producing.

The company has a similar trivalent vaccine on the market, and the study was to examine whether the quadrivalent version is as effective and as safe as the existing vaccine. This is known as non-inferiority testing – new vaccines have to be as safe and as effective as old ones to be allowed.

The results of the clinical trial were:

No related deaths, no related AE [adverse event] of special interest. Low rates of any AE.

The most common reactions were:

The workgroup ended by setting out future planned studied, including a planned systematic review or meta-analysis is planned to compare trivalent/quadrivalent high dose vaccines, adjuvanted, regular, non-influenza vaccine, no vaccine. 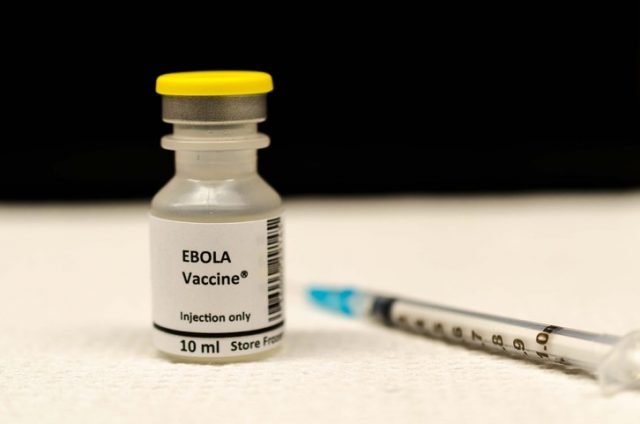 The presentation opened by reviewing Ebola virus disease – what is known about its causes, risks, and past outbreaks. It continued with an examination of the large outbreak ongoing in the Democratic Republic of Congo – an outbreak covering 29 health zones, 3 provinces.

The outbreak had, at that point, 3000 cases, 2000 deaths, 165 healthcare workers harmed. It was caused by the Zaire ebolavirus, the most aggressive of the four known types. The presenter reviewed the data about it – the Zaire ebolavirus caused 18/28 known outbreaks or 64%. It was found in 31,059 cases, and led to 12,970 deaths. Untreated mortality rates are 70-90%, the highest among EVD viruses.

One of the interesting things about the disease is that it is not contagious without symptoms, and gets increasingly contagious as symptoms progress, and remains contagious after the victim dies. The presenter described the course of the infection:

Duration of immunity after the disease is unknown, in part because until recently outbreaks were small and survivors poorly tracked. Regarding treatment, the presenter explained that:

Early studies show that supportive care alone can reduce mortality to 40%, and some treatments (e.g. mAB114) – reduced mortality to 29-34%.

The risk in the United States is mostly to “laboratory workers who handle cultures/samples, healthcare workers caring for EVD patients, personnel responding to EVD outbreak.”

The session then presented the results of a large set of trials for a vaccine candidate, rVSVΔG-ZEBOV-GP (also known as V920 – and I’ll stick with the easier name) from Merck. The trial used a ring vaccination pattern comparing the immediate and delayed introduction of the vaccine. It basically found high levels of safety and reassuring evidence on effectiveness.

I really wanted to hear this session, but the sessions – unsurprisingly – ran over, and I had to leave for the flight home (I was teaching Thursday). So I’ll have to wait for the video to be available.