When employees speak up on matters of public health and vaccines in their free time, those who do not like the speech may retaliate by complaining to their employers, who may be tempted – or feel forced – to act against the employee. But employers should not, and some types of employers – public employers – are likely barred from doing so.

This post considers mostly employees in public institutions – department of health, teaching hospitals, or universities – because these employees have legal protection against sanctions – an employer is likely legally prohibited from acting against them because of speech on matters of public health and vaccines in their free time.

However, the points made about defamation and the policy considerations also apply to private employers, those who can fire employees at will, at least when the employees provide mostly accurate, fact-based information.

These issues can come up in a variety of contexts, some of which the employer may appreciate more than others. One situation is when an employee working for a public institution spends part of his personal time commenting on public health and vaccines issues and informing the public through a personal blog, on which his position is mentioned, or by commenting on social media, Facebook or Twitter.

The employee provides information, corrects misconceptions, and criticizes those offering bad advice or factually inaccurate information, sometimes with strong language. A person so criticized contacts the public institution and threatens to sue for defamation if the blogging does not stop and the statements are not retracted, or if the employee is not otherwise dealt with.

Or, for example, an employee makes a joke about a public health issue – in good or bad taste – in her personal time. People offended complain to the employer, either just criticizing the employee or threatening legal action. In both cases, employers should not take measures against the employee.

First, in most circumstances, there would almost certainly be no defamation case here. Second, limits created by the First Amendment on the ability of public employers (though not private ones) to fire an employee for their speech likely apply here. Finally, there are public benefits from allowing the employee to speak in this manner. 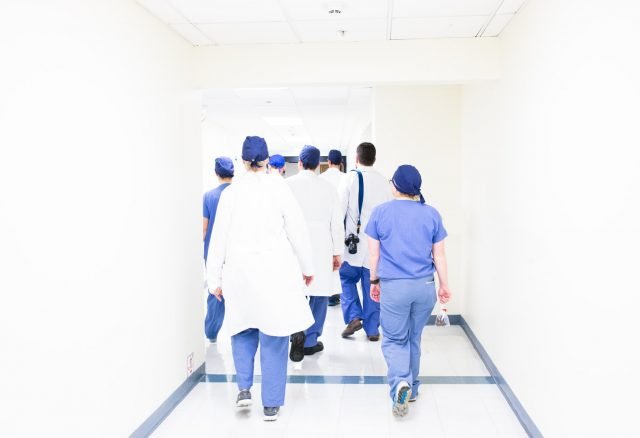 The Limits of Defamation

Even if the employer can be vicariously liable for an employee’s defamation, there is probably no case in either of these situations for defamation even under the common law standard, much less when we consider the limits our supreme court concluded the First Amendment sets on defamation law.

A communication is defamatory if it is untrue and it causes harm to the plaintiff’s reputation or can cause others to shun the plaintiff. Criticism would not be actionable in common law as long as it is substantially true and/or involves pure opinion and name-calling or hyperbole.

And on matters of public concern (which public health matters are, by definition) the plaintiff has to prove that the statement was false (Philadelphia Newspapers, Inc. v. Hepps, 475 U.S. 767 (1986)). Pure opinion, which cannot be shown true or false – value judgments not based on facts (e.g. your haircut is ugly) – is not defamatory, nor is name-calling and hyperbole (Weyrich v. New Republic, Inc, 235 F.3d 617).

The burden is even higher when the person addressed is a public figure, either because he is widely known or because he “voluntarily injects himself or is drawn into a particular public controversy.” (Gertz v. Robert Welch Inc, 418 U.S. 323 (1974)). In that case, the plaintiff must show clear and convincing evidence of actual malice – that the defendant knew the statement was false or was reckless as to the truth or falsity of the statement.

Satire and mockery are even less likely to be found to be defamation. And that is true whether the satire is in good taste or not.

To give an example of the courts’ attitude in a non-defamation context, in 1983 the Hustler magazine published an article alleging that Jerry Falwell, a minister and political commenter, was having drunken incestuous sex with his mother. The jury rejected his defamation claim (likely due to the strong protections of speech in defamation law), but awarded him damages for intentional infliction of emotional distress.

Reversing that, the Supreme Court explained, after discussing the importance of political cartoons, that:

“..the caricature of respondent and his mother published in Hustler is at best a distant cousin of the political cartoons described above, and a rather poor relation at that. If it were possible by laying down a principled standard to separate the one from the other, public discourse would probably suffer little or no harm.

But we doubt that there is any such standard, and we are quite sure that the pejorative description “outrageous” does not supply one. “Outrageousness” in the area of political and social discourse has an inherent subjectiveness about it which would allow a jury to impose liability on the basis of the jurors’ tastes or views, or perhaps on the basis of their dislike of a particular expression.” 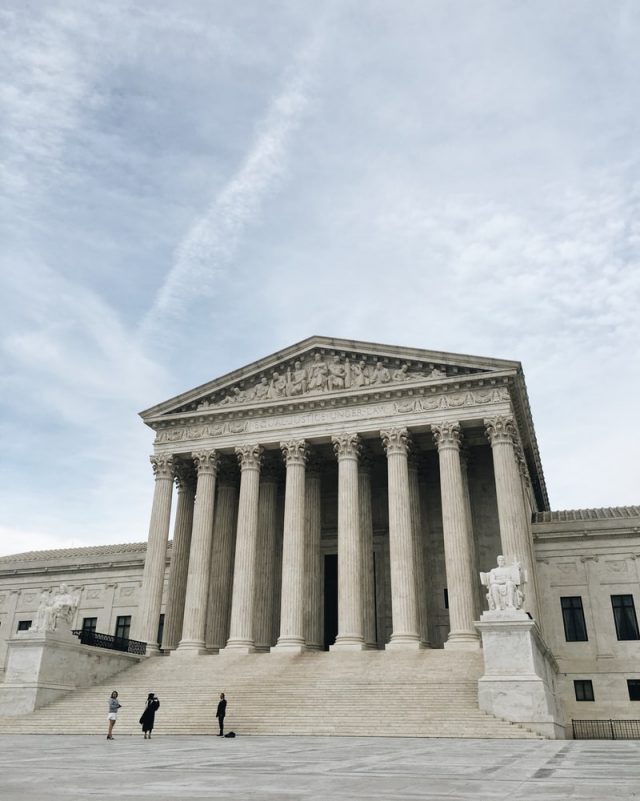 Limits on the Ability to Sanction an Employee for Speech

There are also constitutional limits the Supreme Court imposed on the ability of a public employer to act against the employee for things the employee said (there may be limits from a collective bargaining agreement or tenure rules, but that’s beyond this post).

An employee is Constitutionally protected if she spoke as a citizen about a matter of public concern (Garcetti v. Ceballos (2006) 547 U.S. 410),  including anything that relates “to any matter of political, social, or other concern to the community” (Snyder v. Phelps, 131 S.Ct. 1207 1211 (2011)). Public health and vaccines issues clearly fit this description.

Employees are not protected when they act as part of their employment duties. Opponents can try and argue that those in health-related professions have an official duty to educate the public on matters of public health, so they are filling their duty, not acting as private citizens, even if they speak up in their free time (an argument that speech as part of the employment duties is not protected won in Kaye v. Bd. of Trustees of San Diego County Pub. Law, 179 Cal. App. 4th 48, 57 (2009)).

But such a broad interpretation of what are employment duties would profoundly limit an employee’s freedom of speech and interfere with their conduct off the job and is unlikely to be adopted.

In cases where employees were found to be acting in their line of duty, the speech was a direct part of the employee’s responsibility (e.g. a memo addressing a case a deputy district attorney was directly working on, Garcetti v. Ceballos, 126 S.Ct. 1951 (2006), or opposition to being transferred and a questionnaire on work morale in Connick v. Meyers, 461 U.S. 138 (1983)).

In contrast, a teacher’s opinion criticizing school board policy, expressed in a letter to a newspaper, was not part of his official duties (Pickering v. Board of Education, 391 US 563 (1968)).

That is not the case here. In the case of a blog, a personal blog is a personal blog, and being on social media in private capacity is not generally part of employment duties (with rare exceptions). An employee speaking about matters of public health and vaccines in her spare time is not acting pursuant to her official duties, even if she is speaking on matters of public health.

Similarly, jokes in one’s spare time are also not part of employment duties and cannot be seen as such, and are protected.

Criticism from those who dislike the speech, or the danger of a problematic, probably baseless lawsuit is not sufficient to allow the employer to silence the employee, because that would allow others to silence critics in a public debate whenever their critic works for a public agency – a result that runs counter to the core intent of the First Amendment. 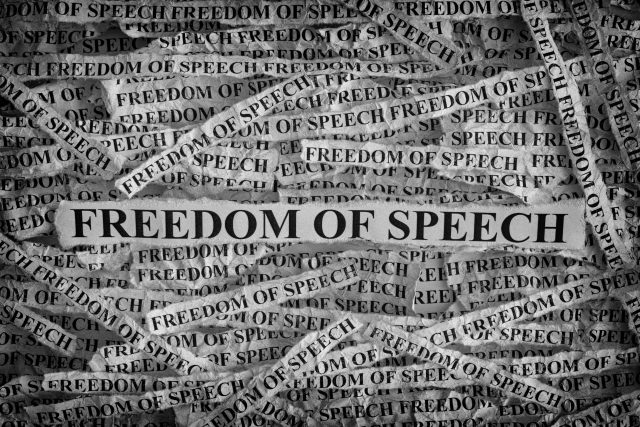 Private employers are not subject to the First Amendment, and generally, can fire employees if they do not like their speech. However, there are good policy reasons for any employer, public or private, to support an employee in the public health or medical field who speaks out about public health and vaccines.

This is true whether or not the employer likes the specific speech in question. That is because there are important benefits to such speech and very low risk of successful litigation against employees or employers.

Accurate information on public health and vaccines are important, as is correcting misinformation and calling out those who attempt to silence providers of information. Those with health-related expertise are especially well placed to comment on these complex issues, and a public official who cares about public health enough to devote time to educate the public is an asset.

While an employer may correctly point out that does not include jokes, expletives, etc when involved in such discussions employees may occasionally do that – out of frustration, to relieve stress, or because they have not thought it through. Sanctioning them for that will chill speech on the topic in general, because the employee will forever be looking over his or her shoulder and expect a sanction.

What if an employer is threatened with legal action? In our system, anyone can sue for anything.

So lawsuits can be filed even if baseless, but the law offers those sued powerful protections, and in some states, SLAPP laws cover costs. There are also legal limits on the ability of a public employer to act against an employee for such a cause. Employers should not attempt to silence employees because of pushback from those criticized.

A different and simplified version of this post was published elsewhere in 2013. That post no longer exists, so I rewrote parts to be published here.