Of course, this article isn’t really about how much atheists support vaccines, although that should be expected, given the fact that most atheists follow evidence rather than faith or beliefs. This article is going to review the detailed survey because if you’re anyone but Del Bigtree or Robert F Kennedy Jr, you’ll be fascinated to know that the vast majority of Americans support the MMR vaccine. END_OF_DOCUMENT_TOKEN_TO_BE_REPLACED 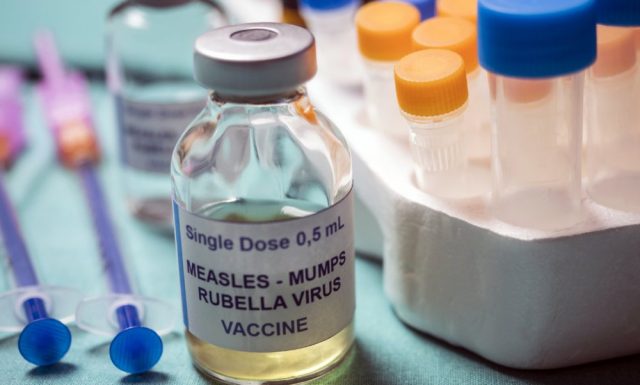 This piece is a summary of Herd Immunity and Immunization Policy: The Importance of Accuracy, published in v. 94 of the Oregon Law Review.

As a bit of background, in an article that was published in the Oregon Law Review in 2014, authors Mary Holland and Chase E Zachary claimed that school immunization mandates are inappropriate because they reject the concept that herd immunity works.

Unlike vaccine science, the appropriate policy to handle non-immunization is not agreed upon, and the data on what is the right way to get people to vaccinate is anything but clear (though some things are clear – for example, harder to get exemptions lead to higher vaccination rates). But the debate needs to be premised on accurate facts – not on misuse of legal terms and incorrect scientific data. Holland and Zachary’s article does not provide that. END_OF_DOCUMENT_TOKEN_TO_BE_REPLACED

Natural News has had a long history of vaccine denial, which always garners laughter from the scientific skeptic crowd. Occasionally, however, Natural News takes its anti-science beliefs to a whole new level, one that requires a double-pronged rebuttal and refutation.

Like what happened in France a few weeks ago, the parliament in Italy mandates vaccines for its children. Italy’s parliament gave final approval to mandating a list of childhood vaccinations for school children up to the age of 16. The goal of the legislation was to counter the anti-vaccine trend that Italian officials have attributed to misinformation.

Under these new requirements, parents must present proof of vaccinations to gain admission into preschools, while parents of children of mandatory school age face fines of up to €500 (US$591) for noncompliance. The requirements cover 10 vaccinations, including diphtheria, tetanus, measles, mumps, rubella and chicken pox. Two vaccines were dropped from an initial list of 12 – meningococcal B and meningococcal C.

During the parliamentary debate, Italian health officials faced a measles outbreak that caused the US to issue a travel warning. In addition, a scandal arose in northern Italy that involved a nurse who claimed for years to have vaccinated children but had not.

Of course, anti-vaccine activists protested outside of the parliament building using some fo the same tropes and myths pushed by those groups in the USA. In California, anti-vaccine protests were a regular event while the state legislature was considering SB277 which, in effect, mandated vaccines for the state’s children.

The Italian parliament was convinced by data that showed only 85.3% of Italian 2 years had been vaccinated in 2015. this is well short of the 95% herd effect threshold that is recommended by many public health agencies.

Furthermore, there were 3,232 cases of measles in Italy between January and June of 2017. This is a significant increase over the 478 cases during the same period 2016.

Governments, like France and Italy, have no choice but to reject the anti-science beliefs of segments of the population, and subsequently they mandated vaccines to protect children from diseases that can kill. Maybe if Italy had mandated these vaccines a few years ago, the children who died from measles would be alive now, sharing wonderful lives with their parents.

I hope that this is the early part of the trend to make vaccines mandatory. There simply is no reasonable evidence that vaccines are anything but safe and effective. Most of the reasons used by the anti-vaccine crowd is easily debunked with the simplest of scientific reasoning.

The trend to mandate vaccines are not examples of government overreach. They are attempts for cooler heads to prevail over the myths and lies pushed by those opposed to vaccines. They are attempts to make certain our children are protected against vaccine preventable diseases. In a report in Vaccine NewsDaily, seven states mulling legislation to skip mandatory immunizations, which would allow parents a “philosophical exemption” to mandatory vaccinations.  In other words, this legislation would allow parents who listen to the anti-vaccination lunatics to refuse vaccines that prevent harm to their children, but worse yet harm to others who may not be immune to these infections.

Healthcare workers should be obligated to receive influenza vaccinations, mainly because they can be a nexus of spreading of the disease.  I personally don’t get why a healthcare worker should invent non-evidence based excuses for not getting the vaccine (I’ve heard them all), but it happens.

That the Association of American Physicians and Surgeons opposes this law is because it is a politically conservative group of physicians.  They’re opposed to mandatory vaccinations of any kind (even children), don’t support Medicare and Medicaid , even considering it evil and immoral, and are, of course, deeply opposed to Obama’s health care plan. I don’t care that there are conservative physicians, but I expect them to use evidence-based decision when dealing with medical and healthcare policy questions.  This group is incapable of evidence-based thinking.  Personally, I wouldn’t visit a physician who belonged to this group.

Nevertheless, if you observe Association of American Physicians and Surgeons opposing anything in healthcare, be very skeptical.  Extremely skeptical.