If you’re spending more than a nanosecond reading idiotic memes from the anti-vaccine religion, I’m sure you’d see the old the package insert says that FDA doesn’t require testing vaccines to determine whether they cause cancer or not. It still makes me laugh how much authority the anti-vaxxers give to package inserts, but that’s another story for another day.

Oh wait, it is another story that I told. You know, the old argument by vaccine package insert fallacy. It’s a fun one, it’s helpful in dismissing the bogus claims that the anti-vaxxers make using package inserts.

Like all zombie memes from the vaccine deniers, this one keeps disappearing then returning every few months. And now with the current measles epidemic in the US and other areas, it’s arisen from the graveyard of debunked vaccine myths to haunt the internet.

And it’s time to debunk it once again.

Testing vaccines for cancer? We don’t?

Before we start, let’s find out how this zombie myth started. In the section, “nonclinical pharmacology” of vaccine package inserts (PI), there is a subsection (sometimes referred to as section 13.1)  that describes the risk of carcinogenesis (causing cancer), mutagenesis (causing mutation) or impairment of fertility from the drug.

The Code of Federal Regulations, Title 21, states that:

13.1 Carcinogenesis, mutagenesis, impairment of fertility. This subsection must state whether long term studies in animals have been performed to evaluate carcinogenic potential and, if so, the species and results. If results from reproduction studies or other data in animals raise concern about mutagenesis or impairment of fertility in either males or females, this must be described. Any precautionary statement on these topics must include practical, relevant advice to the prescriber on the significance of these animal findings. Human data suggesting that the drug may be carcinogenic or mutagenic, or suggesting that it impairs fertility, as described in the “Warnings and Precautions” section, must not be included in this subsection of the labeling.”

This section has little applicability to vaccines, since they have no carcinogenic, mutagenic, or fertility effect, given that the level of the vaccine’s ingredients’ dosage falls far below the lower threshold of any dose-response relationship of these issues.

The PI may state some innocuous verbiage such as “no known information” meaning that in the 10-15 years of research and study, no evidence that the vaccine is carcinogenic or mutagenic. This section is frequently misused by anti-vaccine pseudoscientists using the argument from ignorance – they think that because it hasn’t been tested for cancer, it could cause cancer.

Moreover, there is little evidence for a biologically plausible mechanism that could convincingly establish a link between a vaccine and any of the several hundred cancers.

Of course, there are a lot of myths about cancer, some which intersect with the anti-vaccine narrative. For example, there is a general belief that there some one-to-one link between a cause and cancer, but that’s not how it works.

Generally, an environmental factor may (or may not) increase the risk of one of those hundreds of cancers, but it’s not an on/off switch. Even tobacco smoking, which is closely linked to lung cancer, does not mean there is a 100% risk of cancer – smoking increases the risk by about 15-30X over a non-smoker. Of course, there are dozens of other negative health effects of smoking, so don’t take this as an endorsement.

It could take a sample size of billions of individuals to show a small increase in risk from vaccines. That being said, there’s never been a “signal” of cancer risk from the hundreds of large epidemiological studies involving vaccines.

So, it could cause cancer?

Of course, the previous section shows how illogical it is to think that just because section 13.1 doesn’t show anything about testing vaccines for links to cancer, it doesn’t mean there’s some nefarious hidden agenda to hide a link to cancer.

In an outstanding article by Vincent Iannelli, MD, at Vaxopedia, Dr. Iannelli points out two keep points. First, vaccines undergo thorough preclinical studies before they can receive FDA (and other regulatory bodies across the world) clearance.

According to the FDA’s Guidance for Industry M3(R2) Nonclinical Safety Studies for the Conduct of Human Clinical Trials and Marketing Authorization for Pharmaceuticals:

The goals of the nonclinical safety evaluation generally include a characterization of toxic effects with respect to target organs, dose dependence, relationship to exposure, and, when appropriate, potential reversibility. This information is used to estimate an initial safe starting dose and dose range for the human trials and to identify parameters for clinical monitoring for potential adverse effects. The nonclinical safety studies, although usually limited at the beginning of clinical development, should be adequate to characterize potential adverse effects that might occur under the conditions of the clinical trial to be supported.

With respect to cancer, drug dosages given to animals is so high that it should trigger a signal. When the studies don’t even show that, then there are almost zero risks of a link to cancer in clinical use.

Dr. Iannelli also mentioned a section from Chapter 27 – Preclinical Toxicology of Vaccines by MD Green and MH Al-Humadi in  A Comprehensive Guide to Toxicology in Nonclinical Drug Development:

To ensure the safety of new vaccines, preclinical toxicology studies are conducted prior to the initiation of, and concurrently with, clinical studies. There are five different types of preclinical toxicology study in the evaluation of vaccine safety: single and/or repeat dose, reproductive and developmental, mutagenicity, carcinogenicity, and safety pharmacology. If any adverse effects are observed in the course of these studies, they should be fully evaluated and a final safety decision made accordingly. 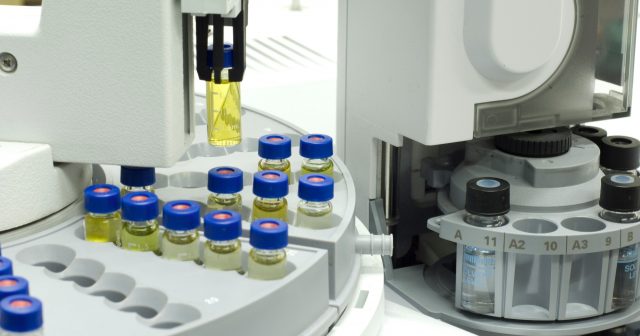 But the testing vaccines for cancer myth endures

Despite all of that, the anti-vaxxers want to give you a wink and a nudge, hoping that you will believe in their logical fallacies – because section 13.1 says “not evaluated for mutagenicity, carcinogenicity or impairment of fertility.” It actually has, as a new drug cannot be approved until and unless it has been tested for it preclinically.

In fact, if there was some signal of cancer risk in mice, then there would have to be clinical testing to make certain there is no risk in humans.

Dr. Iannelli wrote that the myth persists “probably because it sounds scarier than saying that vaccines have a low risk of inducing tumors and that there are very specific guidelines and rules for when a manufacturer needs to perform fertility studies.”

As I’ve written before, the anti-vaxxers need to employ fear, uncertainty and doubt to recruit people to their pro-disease religion. So,  if they can convince parents who might be on the fence about vaccines that “watch out, it may cause cancer,” they win.

This whole “testing vaccines for cancer” trope is not supported by any logic, by any scientific evidence, or by anything else. It is simply a lie.