This article about the anti-vaxxer harassment of Tiffany Dover was written by Dorit Rubinstein Reiss, Professor of Law at the University of California Hastings College of the Law (San Francisco, CA), who is a frequent contributor to this and many other blogs, providing in-depth, and intellectually stimulating, articles about vaccines, medical issues, social policy, and the law.

For several weeks, anti-vaccine activists from all around the world have targeted a nurse from Tennessee, Tiffany Dover, stalking and harassing her, her employer, and her family. This post describes the kind of behavior Tiffany Dover was subjected to, offers some steps people in that situation can take, and points to the features of social media that make this kind of targeted harassment possible.

Ms. Dover was not the only – or even the worst – case of this kind of sustained harassment in the past years. The worst is probably the extensive, ugly, horrible targeting of the families who lost children in the Sandy Hook shooting.

This kind of behavior is highly problematic and needs a response. 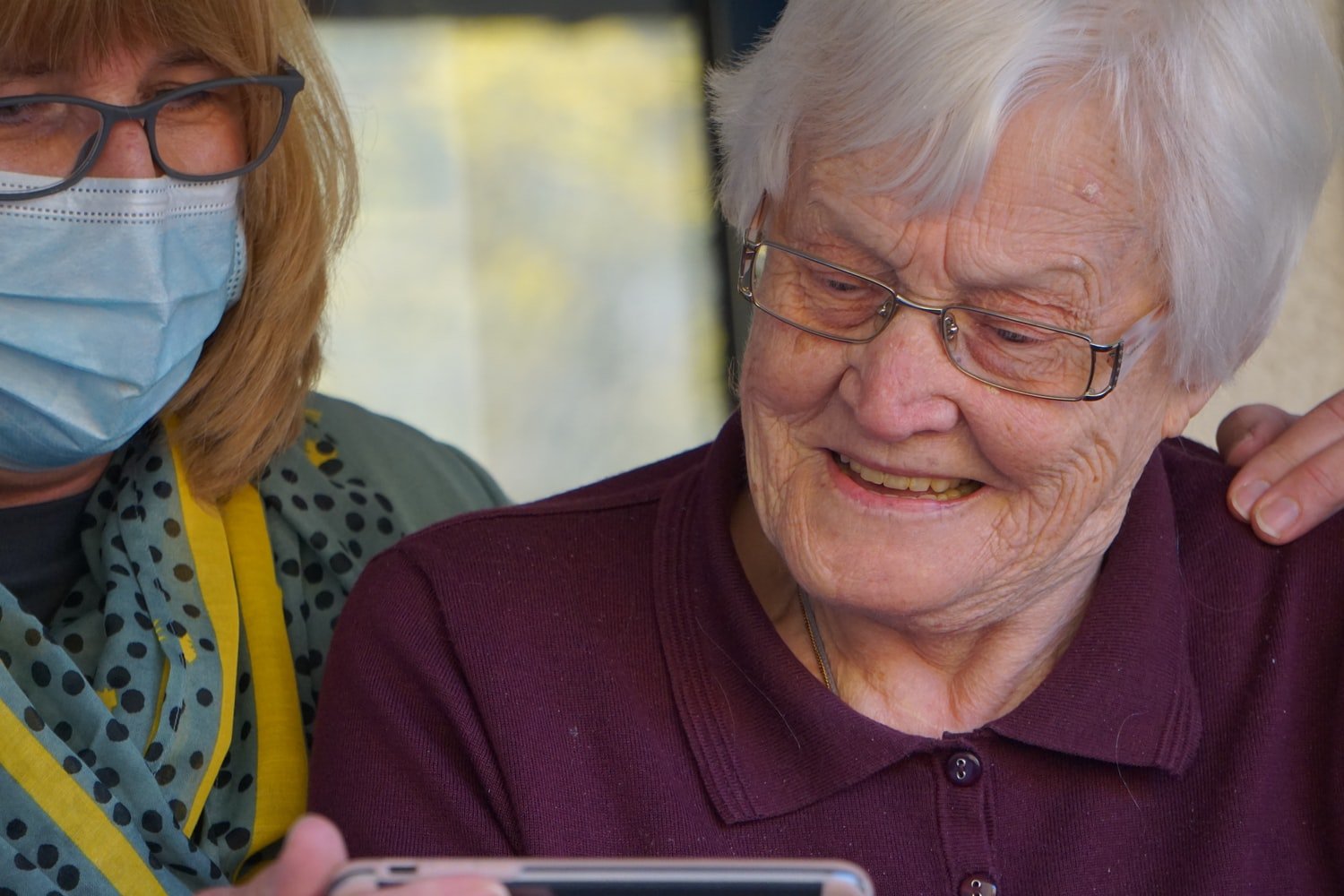 What happened to Tiffany Dover?

On December 17, a hospital in Tennessee – CHI Memorial Hospital – gave its healthcare workers the first doses of the much-awaited COVID-19 vaccine. One of the people receiving the vaccine was a critical care nurse, Tiffany Dover.

Shortly after the vaccine, Ms. Dover passed out. Since the event was televised, the fainting was made public. Unsurprisingly, anti-vaccine activists, seeking to scare others about COVID-19 vaccines, deceptively edited the video, showing the fainting but not the nurse’s quick recovery, and the shortened video went viral.

As was pointed out by others, fainting after vaccination is not unusual – and not generally harmful. It’s almost certainly related more to the needle and the process than anything in the vaccine.  People do faint after, for example, blood draws.

Ms. Dover herself explained, right after she revived – almost immediately – from her faint:

I have a history of having an overactive vagal response and with that, if I have pain from anything, hangnail or if I stub my toe, I can just pass out.

A TV episode of a nurse that fainted is not a great visual at the start of a vaccine rollout. And there is a good argument that if Ms. Dover – and her hospital – knew she was prone to passing out from the pain of vaccination, she probably was not the ideal candidate for this clip. But normally, this could be explained, and in fact, could be a chance to educate people about fainting after vaccination, why it is not a long-term risk, and how to reduce harm from it.

But the anti-vaccine movement took this very simple story and ran with it.

The Targeting of Tiffany Dover

They made similar claims, for example, about a nurse in Alabama following an anonymous post.  They falsely claimed that nurse Jennifer McClung, who died from COVID-19, died from a COVID-19 vaccine.

In fact, at this point, I have counted at least five fake deaths after COVID-19 claims. My friends at Voices for Vaccines created a video to address the fake reports of deaths after Covid-19 vaccines, and what you can do to fight the spread of misinformation:

And to be fair, for Ms. Dover, multiple fact-checkers very quickly responded and stated the claims are not true.

But it did not prevent the harassment.

For Ms. Dover, it started when someone used a site called SearchQuarry to search for her, and allegedly found a death certificate for her.

I ran a search for my own name and death records. I found an identical record. I do assure people that the rumors of my own death, too, have been somewhat exaggerated.

Basically, this site would give that kind of result for anyone. Dead or not.

But the conspiracy theorists took this non-proof and ran with it. Further, someone also made up a fake obituary.

UPDATE: Nurse Tiffany Dover appreciates the concern shown for her. She is home and doing well. She asks for privacy for her and her family.

On Facebook, they were immediately targeted with thousands of comments accusing them of lying and demanding Ms. Dover make a video. They ended up taking down their Facebook post.

The videos have been shared globally. As a result, tens of thousands of people descended on Ms. Dover’s social media. They posted comments that ranged from concern to attacking her on her Facebook timeline and targeting her on Instagram, too.

Worse yet, they looked up her family members and posted in the thousands on their profiles. They saved all the personal photos Ms. Dover had up. Most people who do not expect to be targeted do not actually secure their social media profiles, and many of us have photos that are not properly hidden or videos that are easy to find. Because regular people do not anticipate the length to which a conspiracy theorist who convinced themselves they’re on a fact-finding mission is willing to go to.

The attackers invented claims about the video, among other things claiming that the person in the video was not Ms. Dover, and targeting other co-workers that they decided were playing her in the video.

In response, Ms. Dover went off social media. She did not lock it down well – I suspect looking at it right now is too distressing. But she went off, and it is not surprising, given the level of harassment. All over that weekend, anti-vaccine activists targeted any of her family members that did not have their profile locked down.

At best, they asked where Tiffany is. And family members answered several times that she is fine. It did not help. The harassers kept coming, and many of them accused the family of conspiring to hide Tiffany’s death. They did not stop.

On Monday, CHI Memorial hospital released a video of Ms. Dover standing with her co-workers, accompanied by this message:

We’re pleased to share Tiffany Dover is doing well. Here’s a video of her today surrounded by her colleagues who all support her.

The harassment did not stop. Two groups were created to target the nurse – one was taken down by Facebook, the other was not. 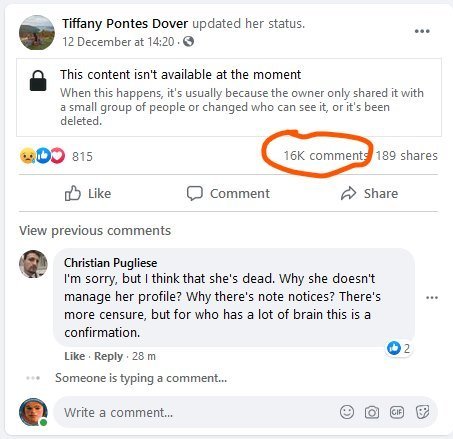 Some were extremely unpleasant. Here are some examples: 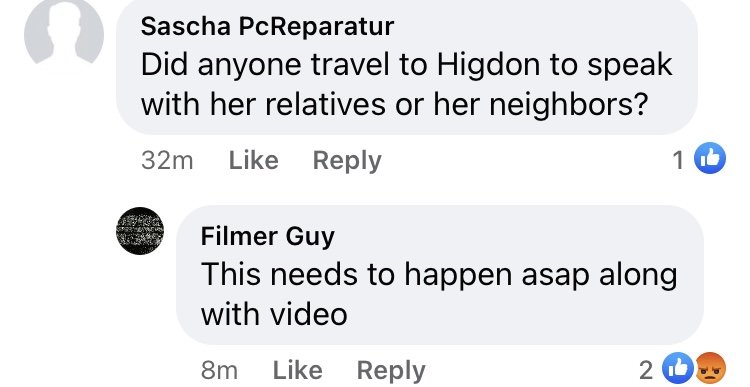 Note that the anti-vaccine activists are calling this a psyop, are arguing that someone should go film her, and repeatedly claiming that she is dead – in spite of repeated statements that she is not.

Anti-vaccine activists also continued to post on her family’s timeline, sometimes telling family members that their relative is dead, sometimes attacking the family as collaborating to hide the truth, and sometimes directly attacking Ms. Dover:

Attackers made several groups that targeted Tiffany Dover, which have since, apparently, either been removed or went private.

The targeting of Ms. Dover was intense, global, relentless, and based on false information. While I am sure some of the people posting were not intending to harass her, when thousands of people descend on a private individual like that, it is harassment. When people make up death claims in the face of repeated denials from family and employer, it is harassment. And way out of line.

It does not matter if a specific individual was intending to attack Ms. Dover. If they came in as part of the attack, they were participating in harassment.

It was fair and appropriate to ask how Ms. Dover was, given that she fainted on TV – but once an answer was given and a video released, continuing to push was harassment. 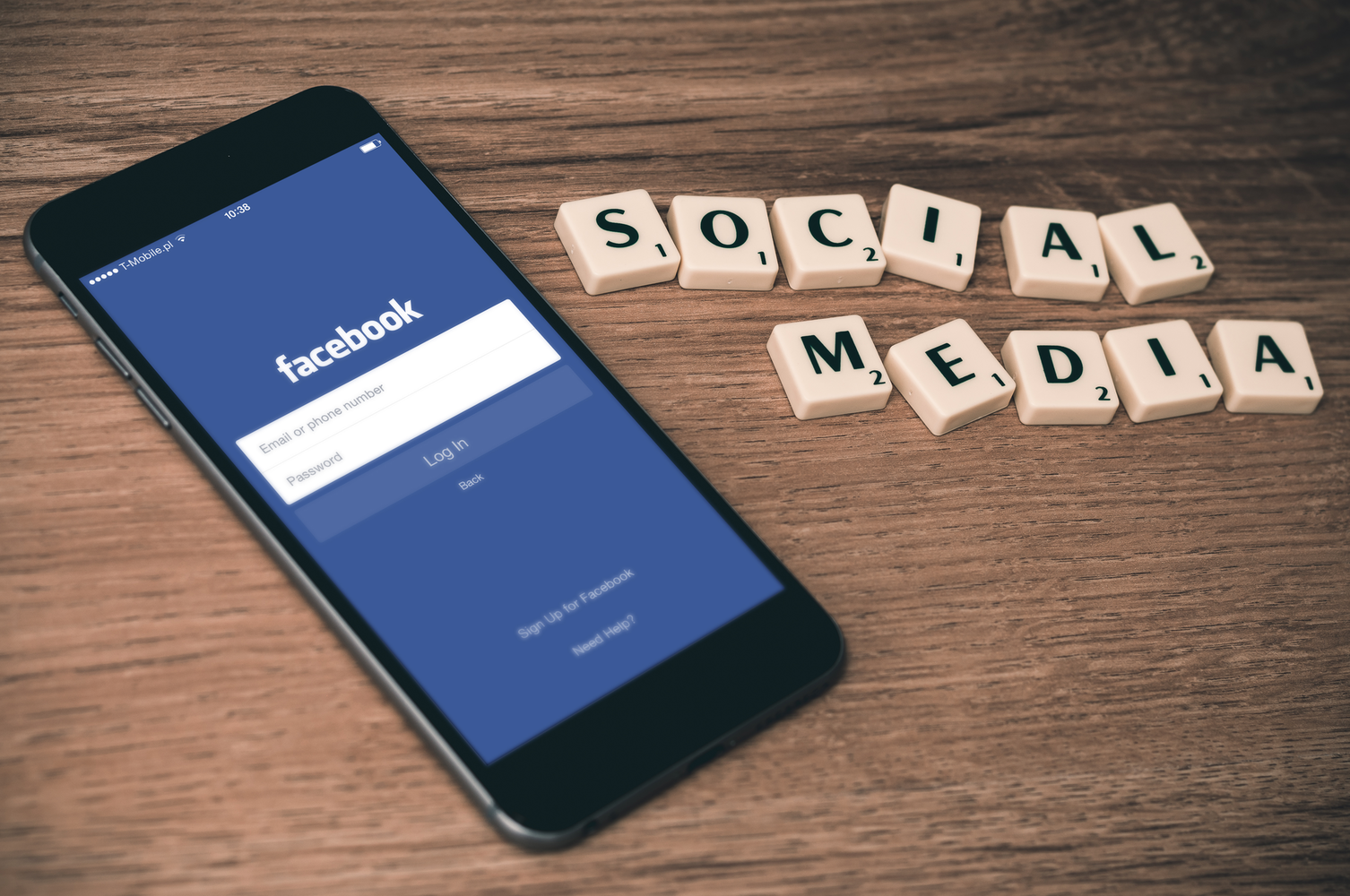 What can you do?

In today’s environment, with a global anti-vaccine movement seeking to scare people off vaccines, partly by promoting misinformation and partly by targeting and harassing those who counter them, we can expect more mass-harassment campaign. We need to be ready.