On 26-27 June 2019, the CDC’s Advisory Committee for Immunization Practices (ACIP) updated vaccine recommendations for several vaccines including the human papillomavirus (HPV), hepatitis A (HepA), and serogroup B meningococcal disease (MenB). These vaccine recommendations do not become official until they are published in the CDC’s peer-reviewed journal, Morbidity and Mortality Weekly Report (MMWR).

This article will review the ACIP process and new recommendations.

We have described the ACIP process for vaccine recommendations previously. In fact, Dorit Rubinstein Reiss, who frequently writes for this website, published an article about her personal experience in attending an ACIP meeting.

The Advisory Committee for Immunization Practices is made up of 15 members, selected by the Secretary of Health and Human Services (HHS). The Secretary selects members following an application and nomination process.

Fourteen of the members have expertise in vaccinology, immunology, pediatrics, internal medicine, nursing, family medicine, virology, public health, infectious diseases, and/or preventive medicine. The other member is a consumer representative who provides perspectives on the social and community aspects of vaccination.

Members are generally some of the leading scientists, researchers, and public health experts in the USA.

In addition to these 15 voting members, the committee includes 8 ex officio members who represent several other federal agencies with responsibility for vaccine regulation and immunizations programs in the USA. These members participate in the discussions but do not vote on recommendations. There are another 30 non-voting representatives of several other organizations that provide vaccine expertise.

ACIP meets three times a year to review and update vaccine schedules, determine if a new vaccine should be included in the schedule, and other issues. The members use an evidence-based approach, called Grading of Recommendations, Assessment, Development and Evaluation (GRADE), to analyze data for vaccines.

The key factors in GRADE include an evaluation of benefits and risk, the quantity and quality of evidence supporting the evaluation, health economics, and the values and preferences of the patients affected.

As Professor Reiss wrote in her article about attending this meeting,

For example, each presentation about a vaccine started with a review of the basics of the disease, something the experts on the committee and the liaisons were likely well familiar with. In one discussion of safety data, the presenter worked through a definition of terms, including the distinction between an adverse event (a problem reported after a vaccine, which may or may not be caused by it) and an adverse reaction, a problem for which there is strong data indicating a link to the vaccine.

There were many, many graphs summarizing large amounts of data on both safety and effectiveness, and the pace was fast.

The analyses do not include bad research in poor journals, memes, and tropes, often preferred by anti-vaccine activists. In fact, it is difficult, complicated scientific data that is reviewed and analyzed by experts in the field.

At the end of the review of the evidence, the members publicly vote on a recommendation for a specific vaccine. And, as I mentioned above, it becomes an official recommendation once it is published in the CDC’s MMWR. 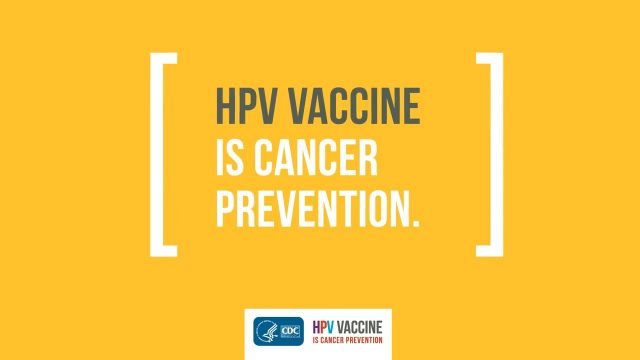 The human papillomavirus, a sexually transmitted disease, is linked to over 43,000 cancers every year in the USA (and probably the same number in most other large regions of the world like Europe, Japan, Australia, Africa, and many other places). The HPV vaccine can and does prevent most of these cancers.

ACIP voted to “harmonize” the age range for catch-up HPV vaccinations for young women and men – they set it for up to the age of 26. Previously, the recommendation was complicated, with catch-up vaccinations for girls and women ages 13-26, while it was 13-21 for boys and men.

In addition, ACIP voted to recommend catch-up HPV vaccinations for older adults ages 27-45, after the FDA expanded its approval for the HPV vaccine to this older group.

The ACIP voted unanimously to recommend that all children and teens ages 2 through 18 years who have not had the hepatitis A vaccine before should receive the vaccination at any age.

Hepatitis A can be a deadly disease, especially as one gets older. The HepA vaccine, after a second dose, gives long-term protection against the virus, preventing the disease as the child grows into later adulthood.

The committee also unanimously voted in favor of hepatitis A vaccines for all persons 1 year or older with HIV.

The ACIP voted unanimously to recommend the MenB vaccine for specific individuals such as microbiologists, who may be studying microorganisms like meningococcal bacteria and children with certain immune disorders, such as asplenia complement deficiency. These individuals should receive a MenB booster dose 1 year after completion of the MenB primary series. Then, MenB boosters doses should be administered every 2 to 3 years after as long as there are elevated risks.

The recommendation also will include individuals up to age 10 years or older that were identified by public health officials who are at a greater risk of infection during an outbreak.

The current ACIP recommendations state that individuals age 10 years or older, who are at an elevated risk for serogroup B meningococcal disease, get a MenB primary series and that teens and young adults ages 16 to 23 years may be vaccinated with a MenB primary series as determined by the physician through clinical decision making.

Actually, not much to say here, except that they reviewed the two new influenza A antigens that would be included in the 2019-20 vaccine that will be out soon. I will discuss the upcoming flu vaccine as soon as more information becomes available in the fall. Picking on the flu vaccine deniers is also a lot of fun. 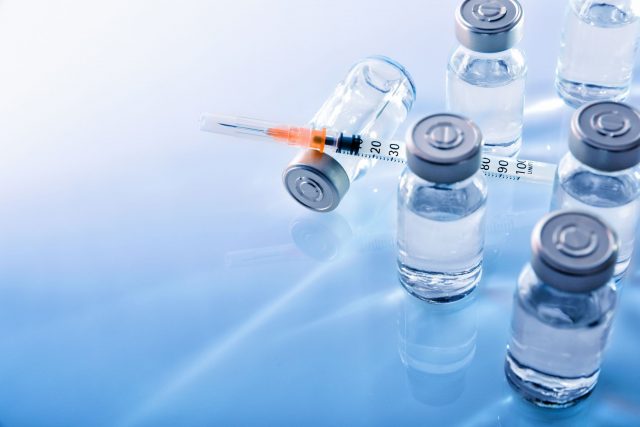 Del Bigtree and the ACIP

Some nutjob on social media suggested that Del Bigtree, the bloviating, misinformed, Holocaust-denying, pseudoscience-pushing anti-vaccine blowhard, should get the seat on the ACIP that is reserved for the consumer representative.

Pardon me for a minute, while I laugh.

OK, I’m back. Let’s take a look at this inane and ridiculous recommendation.

ACIP relies upon facts, not lies.

Del Bigtree fails on all of those points. Even if the strongly pro-vaccine (but otherwise reprehensible) Trump-appointed HHS Secretary decides to appoint someone like Bigtree, he would be outvoted by the real scientists on the committee. As we mentioned above, ACIP gives the most weight high-quality evidence. Bigtree wouldn’t know scientific evidence of any quality, because he’s a marginal, unemployed, low-level TV producer, not a scientist.

But thanks for trying.

The ACIP made new recommendations for three vaccines – for HPV, meningococcal disease, and hepatitis A. None of these were ground-shaking changes, they were mostly fine-tuning of current recommendations. The changes for the HPV vaccine were important since it harmonized the recommendations for men and women along with expanding the upper limit of ages.