The old Skeptical Raptor is taking a bit of a break over the next few days to recharge his batteries for all of the pseudoscience that will be coming out in 2020. In lieu of new content, I will be republishing the top 10 most read articles on this blog during 2019. Here’s number 2 – the MTHFR gene and vaccines.

We call them zombie vaccine tropes, beliefs of the anti-vaccine world that keep reinventing themselves and come back alive, despite being dismembered by skeptics and scientists all of the world. One of the most annoying zombie tropes has been the MTHFR gene and vaccines – the trope states that it’s dangerous to vaccinate a child with the MTHFR gene mutation, which really isn’t supported by scientific evidence.

I never know what causes these types of tropes to arise in the first place, and then, why they return from the dead, but the MTHFR gene and vaccines myth seems to be one of them. Let’s take a look at the MTHFR gene, and why there is not really any issues linked between it and vaccines. 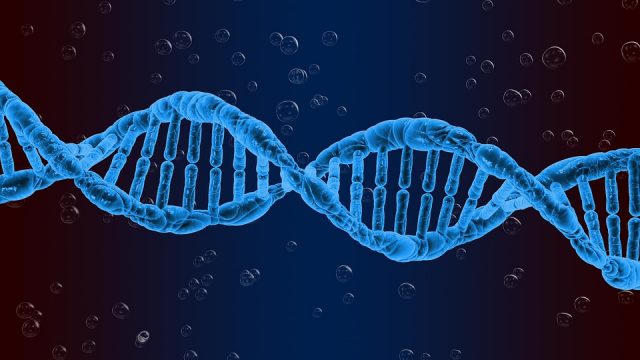 What is this MTHFR gene?

Time for a little science – more like a lot of science. Methylenetetrahydrofolate reductase (MTHFR) is the enzyme that manufactures 5-methyltetrahydrofolate, a key biomolecule in the methionine cycle which produces methionine and precursors to cysteine, two important amino acids, which are the building blocks of proteins. MTHFR also is a part of the folate cycle that produces the critical biochemical folate (or folic acid), an essential nutrient. MTHFR is encoded by the MTHFR gene.

As you can see in the chart above, the MTHFR gene has a central role in several complicated biochemical pathways. MTHFR enzyme deficiency (caused by one of several MTHFR gene mutations) leads to two important problems:

There are several mutations in this gene that have been identified, but in all but a handful (less than 50 cases), residual MTHFR enzyme activity remains, sometimes close to normal levels. To be clear, MTHFR gene mutations are not an on/off proposition–there is a range from almost no MTHFR enzyme activity (very rare) to almost “normal” physiological levels. What matters is not the mutation itself, but the levels of homocysteine or folate, which, again, can be easily diagnosed by blood tests of the level of these biochemicals.

Genetic variation in the MTHFR gene may influence susceptibility to peripheral artery disease, neural tube defects, Alzheimer’s disease and other forms of dementia, colon cancer, and acute leukemia. Additionally, variations of MTHFR gene mutations have been studied in connection to stroke, high blood pressure, and heart disease, as well as bipolar disorder and other conditions. However, these associations have not been established by high quality case-controlled epidemiological studies, these are only some preliminary observations that probably need to be investigated more fully.

One last thing. MTHFR gene mutations are easily diagnosed by high levels of homocysteine and low levels of folate. These conditions can be diagnosed with an inexpensive test (or if you’re willing to waste money by a genetic test, but that’s really not necessary). Of course, those who eat a good diet of foods high in folic acid (which includes a lot of different foods including beer) probably would not notice  MTHFR gene mutations.

Now let’s get to the internet myths about the MTHFR gene mutations. This will be loads of fun. 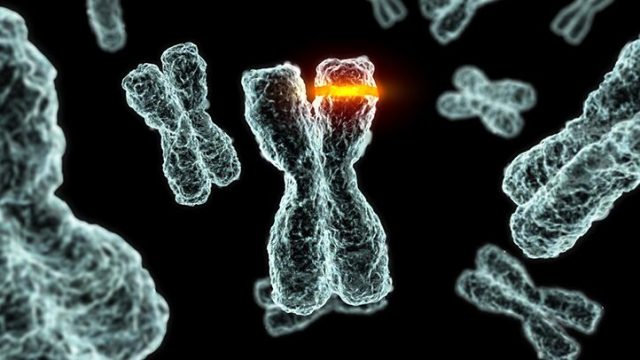 Your child can “catch” a mutation of the MTHFR gene

Absolutely not. Any of the several mutations of the MTHFR gene is generally passed from the genetic material of one of the child’s parents. Either or both parents have the defective gene, and pass it to the genetic material of the embryo. There are very rare circumstances, wherein the very early development stage, which may only include a handful of cells, an MTHFR gene mutation may occur. But this is very rare.

We need to clear up something in human development. even though a mutation may occur in one cell of the embryo, that mutation is not passed along to all cells. That’s not how human development works. So, technically if in the very rare case that an embryo got the MTHFR gene, it may not be in all the cells of the body. In fact, because most of the cells have a normal MTHFR gene, one may not even notice the mutation.

Some people also think you can do something to suddenly get an MTHFR gene mutation. They believe that vaccines, gluten, GMO foods, mercury, unfiltered water, fluoride or whatever nonsense known to the internet will induce a mutation in a whole body. Except that’s not how it works. It’s simply implausible to believe that anything could cause a mutation in every single cell of the body. It’s difficult to imagine that it causing such a selective mutation to one cell. 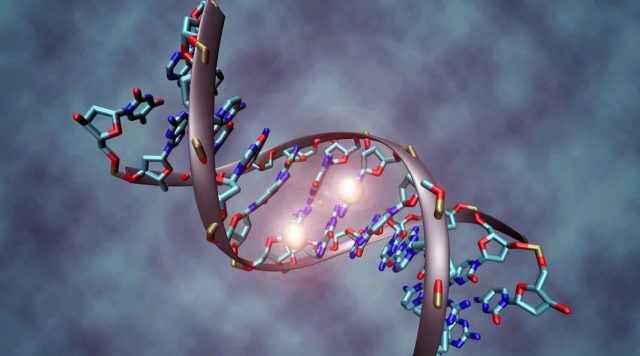 There is clearly no peer-reviewed and published evidence of any danger to children with the MTHFR gene mutation being at risk from vaccines, despite widespread internet rumors and myths to the contrary. There is precisely one peer-reviewed article, published in the Journal of Infectious Diseases in 2008, that examined adverse events after a smallpox vaccination being associated with MTHFR gene mutations. What they concluded was:

While the association of AEs (adverse events) with a non-synonymous polymorphism in the gene for MTHFR points toward functional significance of this SNP (a single nucleotide mutation), fine mapping of this locus should determine whether this is indeed the case.

For all three candidate genes, both follow-up replication and functional studies are needed to establish the plausibility of the association of common genetic polymorphisms with the hypothesized etiological pathways.

Editor’s note: they examined three genes, only one of which was associated with MTHFR. In other words, they found some evidence of a link between smallpox vaccination adverse effects and a possible MTHFR gene mutation – but the evidence did not support the conclusion that vaccinating individuals with the MTHFR had caused adverse events.

Even though the folate and methionine cycles appear to be complex, and could be potentially harmed by a vaccine, they really aren’t complex, and there is just no plausible belief that a vaccine’s antigens could affect the folate/methionine cycles. Moreover, individuals who are being successfully treated for the consequences of MTHFR gene mutations probably wouldn’t be affected by vaccines, since those two biological cycles mentioned above will work perfectly well with supplements (see Note 3).

The whole issue of using this one smallpox vaccine article prompted the authors, David M Reif, Ph.D., Stephen J Chanock, M.D., Kathryn M Edwards, M.D., and James E Crowe, Jr, M.D, to write a “Letter to the Editor” in the Journal of Infectious Diseases to forcefully and clearly dismiss the nonsense of claims of those who use their article to link the MTHFR gene mutation to vaccines:

In conclusion, the invalid interpretation that the determination of the MTHFR variant is an acceptable reason for vaccine exemptions is not based on the precepts of replication and rigorous clinical testing. It is unfortunate that the loose application of our exploratory report has been misinterpreted and used to inappropriately justify exemption of children from medically indicated vaccines.

Unless you ascribe to the logical fallacy of the precautionary principle, meaning you need to have evidence that there are no risks whatsoever, then there really is nothing here. Right now there is simply no valid concerns about vaccines in children or adult with the MTHFR gene mutation.

One internet quack, Ben Lynch, a naturopathic “doctor” (pure pseudoscience), tries to make claims that MTHFR gene mutations cause a whole host of diseases, using “peer-reviewed” articles. Many of the studies are just plain cherry-picking, choosing research that supports his point of view, rather than looking at studies that dispute it.

For example, Mr. Lynch (he is not a physician, so he doesn’t get that title) claims that one of the MTHFR gene mutations is related to colon cancer. This research can be easily disputed by:

I would bore you with a discussion of each paper, but as I reviewed each one, I could find none that associated one of the mutations with a particular condition that couldn’t be easily treated. The mutation itself didn’t cause the disease directly–it was the lack of treatment that leads to the disease.

Lynch is trying to tie the disease states to various MTHFR gene mutations – but, the mutation doesn’t cause the disease, but the lack of folate or excessive homocysteine, both of which can be treated quickly and successfully.

But the most glaring and horrific error in his list of “research” was a claim that thiomersal was associated with autism with those who have one of the MTHFR gene mutations. The evidence comes from whale.to, an antisemitic, hate-filled, chemtrail-believing website run by a pig farmer. I kid you not.

Using whale.to, which ranks at the bottom of the hierarchy of scientific evidence, as supporting evidence is almost sufficient to dismiss everything that Mr. Lynch claims with respect to MTHFR gene mutations. If he couldn’t use real science there, it’s obvious that he really doesn’t understand science. But then again, Lynch is a woo-pushing naturopath, so there’s that.