The 2018-2019 flu season is starting to hit the historically worst months for flu, and the Centers for Disease Control and Prevention (CDC) has published its interim reports for influenza activity and burden across the USA. As expected, the news isn’t good.

The CDC has reported that for the first week of 2018, widespread influenza activity was reported in 30 states and Puerto Rico, while another 19 states reported regional and local flu incidents. Of the 4460 respiratory specimens that tested positive for influenza in public health and clinical laboratories, 97.1% were influenza A while 2.5% were influenza B. The H1N1 subtype of influenza A, which killed 50-100 million people worldwide during the 1918 flu pandemic, was the most prevalent.

On 11 January 2019, the CDC released its first interim estimates of the total number of illness, medical visits, and hospitalizations in the USA for the 2018-2019 flu season. From 1 October 2018, which is the official start to the flu season, through 5 January 2019, they estimated that:

The CDC developed these estimates using a statistical model that is based upon adjusted rates of laboratory-confirmed, influenza-associated hospitalizations collected through its surveillance network for the flu.

The CDC doesn’t report flu mortality estimates until later in the 2018-2019 flu season as it awaits more robust data to develop a more precise estimate. 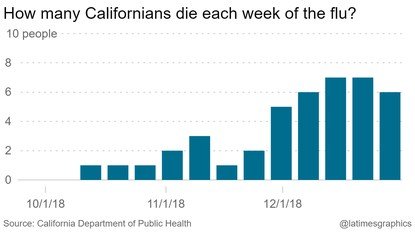 As of 5 January 2019, California alone has reported 42 deaths linked to the flu. The California Department of Public Health (CDPH) has issued an alert to the residents of the state about a marked increase in flu activity following the death of a 4-year-old child in Riverside County who tested positive for the virus, the third child to die from the flu in 2019 in California.

Of course, CDPH also reminded state residents to get the seasonal flu vaccine.

First, supplements and other nonsense have little effect on either preventing or reducing the course of flu. Don’t waste your money on any of it, because it will do nothing for you, except lighten your wallet.

Second, washing your hands, which the anti-vaccine religion wants you to believe is the panacea to preventing the flu, works somewhat. But the influenza virus can be transmitted by droplets up to 2 meters (6 feet) away, so washing your hands will not help at all.

Third, anti-viral drugs will not prevent the flu. They can help treat the flu if taken within 48 hours of onset of flu symptoms, but these medications are expensive, require a physician’s prescription, and are not 100% effective. One of the drugs requires an injection over 30 minutes at the physician’s office, which may be a burden to some patients. 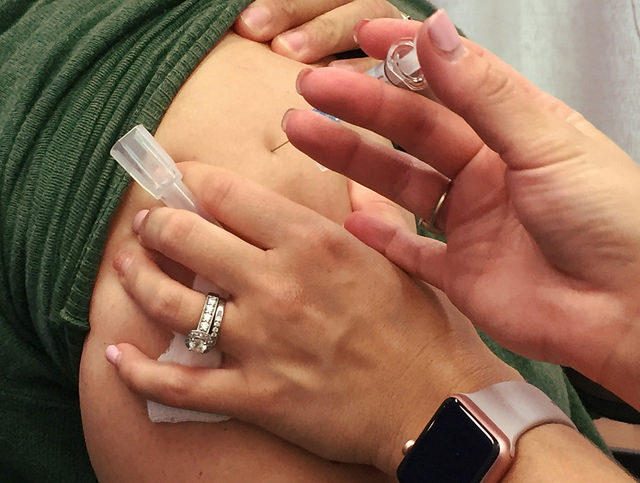 Of course, the best choice is to get the seasonal flu vaccine, as the CDPH recommended to California residents. The only way to boost your immune system against the flu is with the flu vaccine.

Yes, the flu kills, despite the claims of too many people, even those who support vaccinations, that the flu is nothing. It’s a trivial disease. It isn’t. Children die of the flu. Seniors die of the flu. And for those of you who think you are somehow immortal, healthy young adults die of the flu.