You’ve probably seen the clickbait headlines across the press that, in a recent poll, 45% of Americans doubt vaccine safety. At first, such a poll would make me think that the anti-vaccine zealots were gaining some sort of traction with their fear, uncertainty, and doubt campaign against the settled science of the safety and effectiveness of vaccines.

Then a friend of mine, a pro-vaccine nurse in northern California, gave me a heads-up as to the actual data.  And it wasn’t even close to that number doubting vaccine safety.

Even the American Association for the Advancement of Science (AAAS), which is one of the leading American science organizations, which generally casts a very critical eye toward this kind of data, kind of got it wrong.

Let’s take a moment to review the polling data, and show that the poll actually said that only 8% of Americans doubted vaccine safety, which feels about right. Clickbait headlines that never examine the data do a disservice to all of us. 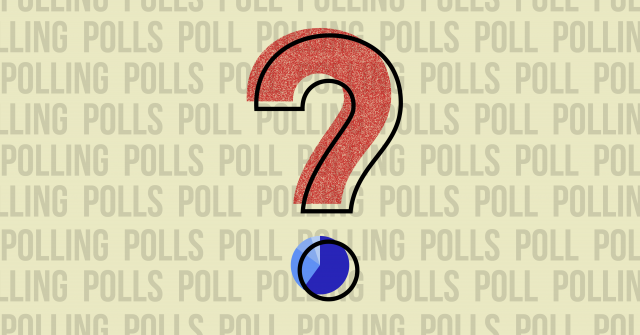 The poll on vaccine safety

The poll was commissioned by the American Osteopathic Association and run by The Harris Poll.  The poll select 2,007 Americans that were weighted by age and gender. They also included a long list of demographic questions such as income, employment status, education, and other demographic variables.

The respondents were recruited by invitation including e-mails, text messages, and in-app advertisements. Each participant was compensated for their time, although Harris did not specify exactly what was paid to each respondent.

Compensating respondents probably has no effect on the quality of either the sample or the results. On the other hand, online polling like this may skew the results substantially, probably more to those who might deny vaccine safety as they are used to cherrypicking information to support their conclusion.

Let’s look at the first question, which will call into question the claim that 45% of Americans doubt vaccine safety. The question asks “1. Which of the following statements best represents your views on vaccine safety and efficacy?” The following answers were the choices (followed by the percentage who agreed):

Approximately 82% of Americans in this poll think that vaccines are safe and effective. Another 9% is kind of in the middle (a group that many pro-vaccine groups target without my level of snark). And only 2% seem to be solidly against vaccines. Since the uptake of vaccine in the USA ranges from 90-95% for most vaccines, this poll seems to be in the general range of what is observed.

Where on earth did these clickbait headlines get the “45%” number?

Well, it seems to come from “Q3 Which of the following have caused you to doubt the safety of vaccines? Please select all that apply.”

It comes from the answer “Nothing – I don’t doubt the safety of vaccines” which represented about 55% of the polled population. So, immediately, those without critical thinking skills jumped up and shouted “100%-55% = 45% who doubt vaccine safety.”

Except that’s not what the poll asks. It asks what caused them to consider the safety and effectiveness of vaccines – it was not a binary question that asked – “are vaccines safe?” In fact, that question was asked in Q1, and, once again, 91% rejected the blanket statement that vaccines were unsafe.

The problem with Q3 is that it does not measure the level of “doubt” about vaccine safety. For example, 35% of the “doubt” group resulted from “Past secrets/wrongdoing by the pharmaceutical industry.” However, without knowing the level of doubt, whether this conspiracy theory about Big Pharma was resolved with further information, or it didn’t matter in their desire to fully vaccinate their children is unknown.

Of course, many of us understand that ALL medical procedures have some level of risk that is balanced against the benefits. So, maybe if I was polled about vaccine safety, I might express some doubt, though it would be very minor.

Maybe I’d read an article about how Merck is getting sued for something about vaccines, and then wondering whether vaccines are safe. But my next step is to read a factual analysis about that lawsuit, and my doubt disappears like the competition against the American women in the 2019 World Cup.

Only those who subscribe to pseudoscience accept the Nirvana fallacy – if it’s not perfect, it must be dangerous. Clearly, the poll does not go into that kind of detail – I am not even certain that one could develop an opinion poll that could drill down to the level of “doubt.”

If I were writing the headline for this poll, I would have written – “Only 9% of Americans are stupid about vaccines.” And I don’t even think it’s that high, given the incredibly high vaccination rates in most populations of Americans.

Yes, there seems to be a group of Americans who have some level of doubt about vaccine safety. They get this information from social media, conspiracy theories, or family members. The majority of them, apparently, reject this bad information and vaccinate their kids.

There’s nothing to see here. Per usual.